On view through Saturday, July 26th

For over three decades Tony Tasset’s work has employed tropes of fine art, popular culture, folk and vernacular traditions to question the conditions of value and flatten hierarchies of high and low culture. With the recognizable facets of Americana as his starting point, he creates accessibly intelligent work—a contemporary pop surrealism that Tasset considers a kind of “pop conceptualism” .

Engaging with the culture of exhibition and display, Tasset’s work has consistently revealed the contexts by which art is given value, and the vagaries of taste. The domestic sculptures he produced in the late 1980s, such as Sculpture Bench (1986) and Comfortable Abstraction (1987), directly reference Minimalism, yet possess a domestic familiarity: an attempt to identify the inability of late modernism to exist in consumer culture. Spill Paintings continues this exploration with canvases that fuse household objects with formal conventions and aesthetic techniques of canonical art styles. These works typify Tasset’s multi-faceted practice that engages and critiques the expanse of twentieth century American visual culture.

With these new works, all produced in 2014, Tasset continues to address the specific optics and objects of the domestic experience using household visual symbols to expose the idea of paintings functioning as brands. He presents mixed media assemblages of household products and fast food containers turned on their sides, leaking onto the panel. He preserves the moment of the spill in resin, and remakes the processed colored liquids and foods in hardened plastic to create dynamic compositions. The drips, swathes and splashes allude to several modernist art movements. Their lineage to Warhol, Pollock, Still and DeKooning is explicit, and the use of real containers recalls Daniel Spoerri’s domestic snare pictures and Haim Steinbach’s arrangements.

Tasset began the Spill Paintings series in 2012 with a process that included collaging fake spilled objects onto panels— the products appeared to tip from their containers, structured around the bold forms of spilled or poured liquid. Tasset drew on the subversive qualities of the fake spilled object—a classic novelty item in the vein of the Dribble Glass and whoopee cushion, exploiting their inherent critique of consumer culture. These new compositions have developed to incorporate painterly mark making, with a move from collage to resin. In Genuine Ah! (2014) Hershey’s chocolate syrup bottles and Nutella jars appear as if they have been dragged along the picture plane—the liquids simulate large brushstrokes. The speed of their execution is necessitated by the quick drying times of the resin. By mimicking painting’s qualities, they evoke the hand of the artist as an intervention: exploring the process and characteristics of paintings, whilst edging closer to being paintings in their own right.

Tony Tasset was selected as an artist for the 2014 Whitney Biennial at the Whitney Museum of American Art, New York where he presented Artists Monument, a large scale public homage to artists. Tasset’s select recent exhibitions and works include Look at Me: Portraiture from Manet to the Present at Leila Heller Gallery 57th Street, New York, The Way of the Shovel: Art as Archaeology at Museum of Contemporary Art Chicago, IL; The 7 Borders, Kentucky Museum of Art and Craft, Louisville, KY; Domestic Abstractions: 1986 – 2013 at Kavi Gupta BERLIN; Rainbow at Sony Pictures Studios, Culver City; Life During Wartime at the Rochester Art Center, Rochester; MCA DNA: Chicago Conceptual Abstraction, 1986-1995, Museum of Contemporary Art, Chicago, IL; Tony Tasset at Kavi Gupta CHICAGO; Judy at Leo Koenig, New York, and This Will Have Been: Art, Love & Politics in the 1980’s, at MCA, Chicago, IL, ICA, Boston, MA, and Walker Art Center, Minneapolis, MN, curated by Helen Molesworth.

Tasset is currently a professor at the University of Illinois at Chicago. He received his B.F.A. at the Art Academy of Cincinnati and his M.F.A. at The School of the Art Institute in Chicago. In 2006 he was awarded the John Simon Guggenheim Fellowship. Tasset’s work has been the subject of many reviews and feature articles in various international art magazines included ArtForum, Flash Art, and Art In America; additionally, the artist’s work is included in notable private and public collections including the San Francisco Museum of Modern Art, the Museum of Contemporary Art in Chicago, and Museum für Moderne Kunste in Frankfurt. 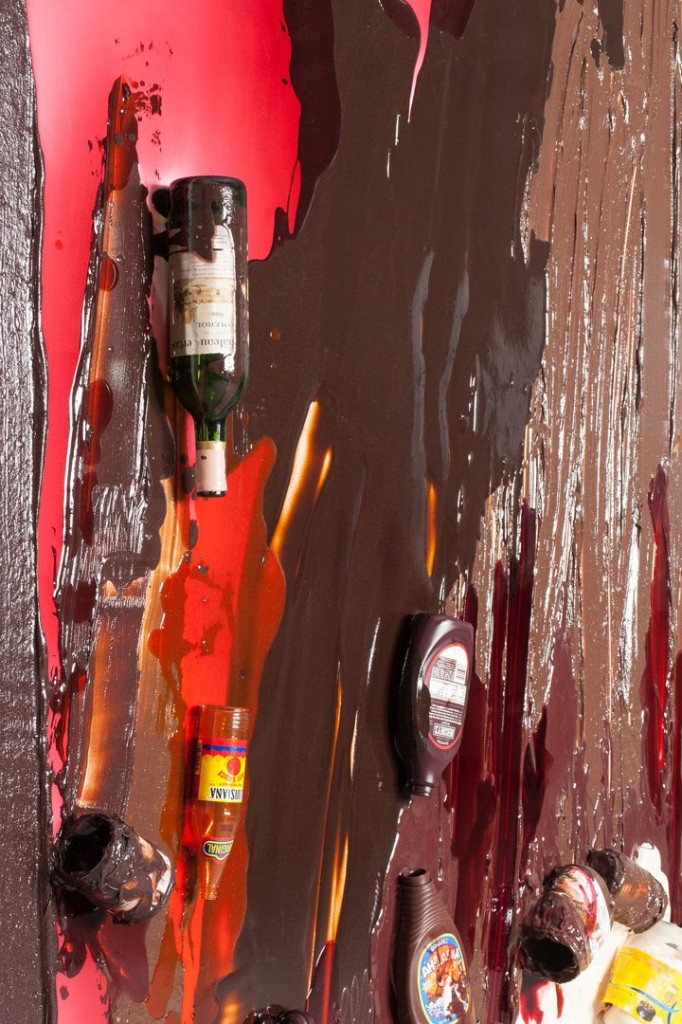