Presented as part of Salvage: A Conference/Conversation/Caucus on Behalf of the Act and the Art of Salvage.

Richard Tuttle was born in Rahway, New Jersey, in 1941, and lives and works in New Mexico and New York. He received a BA from Trinity College, Hartford. Although most of Tuttle’s prolific artistic output since the beginning of his career in the 1960s has taken the form of three-dimensional objects, he commonly refers to his work as drawing rather than sculpture, emphasizing the diminutive scale and idea-based nature of his practice. He subverts the conventions of Modernist sculptural practice—defined by grand, heroic gestures; monumental scale; and the “macho” materials of steel, marble, and bronze—and instead creates small, eccentrically playful objects in decidedly humble, even “pathetic” materials such as paper, rope, string, cloth, wire, twigs, cardboard, bubble wrap, nails, Styrofoam, and plywood. Tuttle also manipulates the space in which his objects exist, placing them unnaturally high or oddly low on a wall—forcing viewers to reconsider and renegotiate the white-cube gallery space in relation to their own bodies. Tuttle uses directed light and shadow to further define his objects and their space. Influences on his work include calligraphy (he has a strong interest in the intrinsic power of line), poetry, and language. A lover of books and printed matter, Tuttle has created artist’s books, collaborated on the design of exhibition catalogues, and is a consummate printmaker. Richard Tuttle received a National Endowment for the Arts fellowship and the Skowhegan Medal for Sculpture. He has had one-person exhibitions at the Museum of Modern Art, New York; Whitney Museum of American Art, New York; Institute of Contemporary Art, Philadelphia; Kunsthaus Zug, Switzerland; Centro Galego de Arte Contemporánea, Santiago de Compostela; and Museu Fundação Serralves, Porto. San Francisco Museum of Modern Art organized a 2005 Tuttle retrospective. 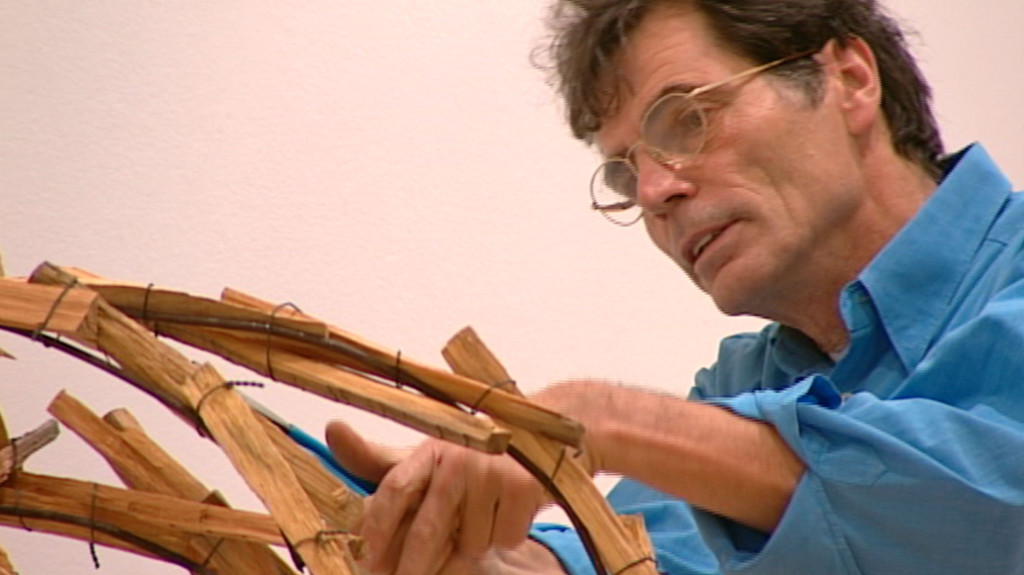