What We All Long For

On view through Friday, May 30th

Join us at the opening reception for What We All Long For, featuring a performance by Marina Millou-Theocharki and a conversation with curator Felicia Mings and artist Arièle Dionne-Krosnick moderated by Kelly Lloyd. The reception will be followed by the Visual and Critical Studies Masters of Arts Symposium.

Curated by Felicia Mings, ‘What We All Long For’ is a group exhibition that recalls personal, social and political histories that are read through traces of absence and presence.

In ‘Ajji’s film Auto-body Shop’, a non-descript location and mundane but surreal action troubles notions of narrative and ethnographic film as modes to acquire definite meaning. Auto mechanics roll the tires of an invisible car out of an auto-shop, down a busy street, and through a park, reenacting actions akin to the movements of daily life.

Hamilton’s ‘Five on the Black Hand Side’ also focuses on a routine action, but one specific to the artist’s life: the dap. Hamilton creates an indexical arrangement of images that traces the gestures and temporal permutations of this historically significant African-American handshake.

‘Playing with Tyng’s Toys’ recuperates the history of female architect Anne Griswald-Tyng, who has long remained in the shadow of her lover and professional partner, Luis Kahn. Dionne-Krosnick re-creates Tyng’s modular toys, modeling herself with and after Tyng through a process of tactile learning, collaboration and play.

In ‘Practicing the European Union Treaty’, Miliou-Theocharaki questions the Treaty’s efficacy through a performance of erasure to signify the socio-economic duress that austerity measures have placed on the people of Greece and the resulting displacement and death of bodies that “don’t belong.”

4:30-5:00 p.m.| Exhibition Talk
Felicia Mings and Arièle Dionne-Krosnick discuss What We All Long For and the publication Book of Longing with moderator Kelly Lloyd. 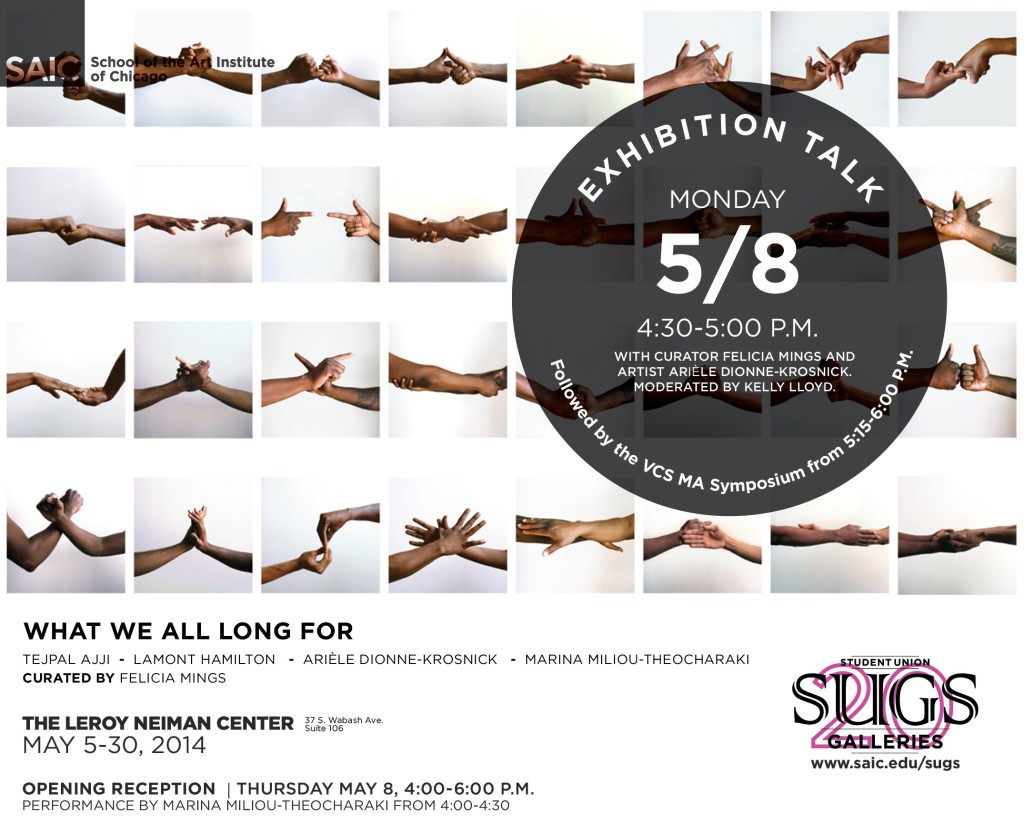