On view through Saturday, June 7th

Ali Chitsaz and Jacob Goudreault are bad boy painters. Both approach materiality in their paintings with a ham-fisted irreverence and a transgressive sense of humor. Of course they don’t love war in a global sense, but are approaching the two-person show format as a bout of sorts a la Warhol/Basquiat.

Chitsaz, reconciles the difference in approaches to painting between his native Persian culture and of his adopted home in America– which would be creating an image in terms of the former and the materiality and surface of the painting in the latter. Chitsaz engages with both “how” and “what” to paint. Using the forms of portrait and still life painting, Chitsaz employs a process of painting with his hands to achieve joyful and intoxicating compositions.

The work of Jacob Goudreault relies on fate and divine intervention of materials and thought. Personal themes, sketches and ideas are merged with gifts, thrifty purchases and found objects to create wall hanging works influenced by Dada and folk art and Walmart.

Ali Chitsaz was born in Tehran, Iran in 1979. He has studied at the Azad University of Tehran and the School of the Art Institute of Chicago. He has exhibited prolifically in Iran in solo and group exhibitions. He has shown internationally in London, Dubai, Cambridge, Chicago, and New York. 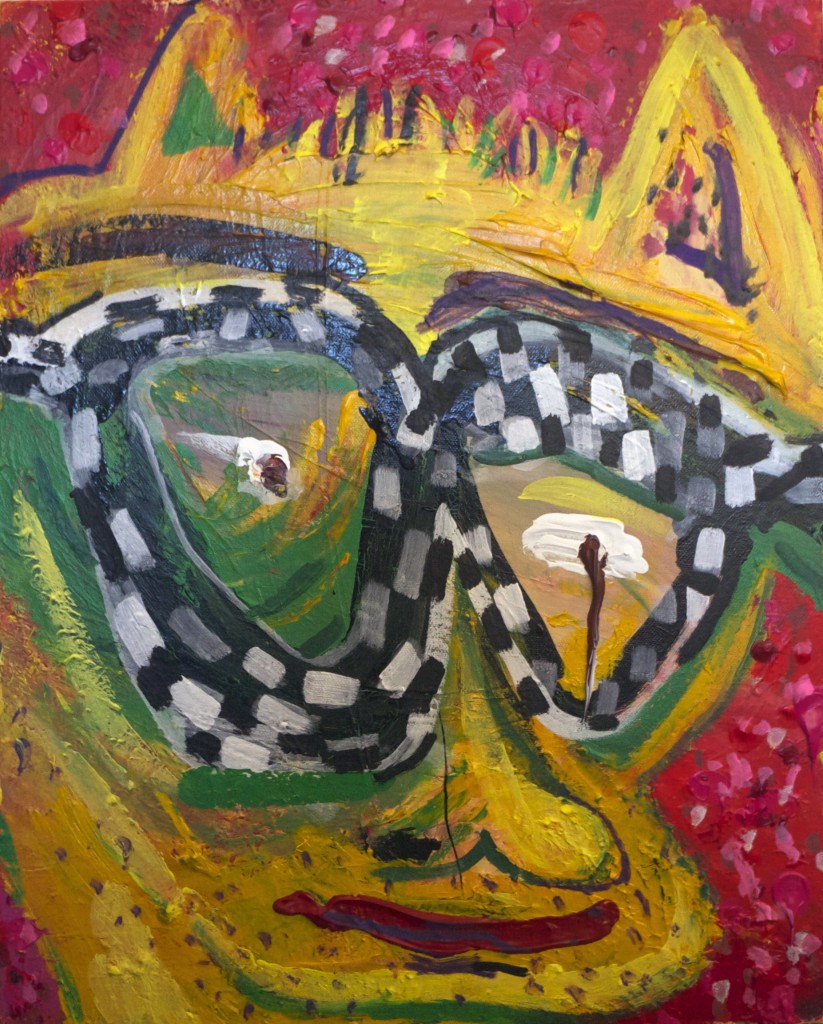