This is Where It Felt Like: UIC MFA Thesis Exhibition 05

The School of Art & Art History welcomes you to attend the receptions for the 2014 UIC MFA Thesis Exhibitions, hosted by Gallery 400. The MFA Shows offer a rare opportunity to view works by up-and-coming artists completing their degrees in Studio Arts, Photography, Moving Image, and New Media Arts this spring. An engaging series of Artist Talks, Screenings, and Performances, all planned by the exhibiting students, is free and open to the public.

Artist Bios:
Born in Canada, Elena Feijoo also has obtained citizenship in the United States and European Union. She earned her BFA in Sculpture at the University of South Florida in 2011.

In addition to his creative work, Jesse Malmed writes for publications like Bad at Sports, CINE-FILE, YA5, The Incite Journal of Experimental Media, OMNI Reboot and curates Trunk Show, showing artist-commissioned bumper stickers on a mobile exhibition space, The Nightingale Cinema, Deep Leap Microcinema and at spaces like the Museum of Contemporary Photography, Gallery 400 and Links Hall. A native of Santa Fe, Jesse earned a BA in Film & Electronic Arts from Bard College.
http://www.jessemalmed.net/

Julie Potratz is originally from Sumner, Iowa, and she received her BFA from the Kansas City Art Institute in 2008. Her work has been exhibited at Roots and Culture, Deitch Projects, Slow Gallery, Greenhouse Theatre, Cabin Exhibitions, Antena Gallery, Crimson Glow, The Paragraph, and Falmouth University in Cornwall, U.K.
http://www.juliepotratz.com/

A proud Memphian, Jonathan Loïc Rogers earned his BFA from the Memphis College of Art and Design.
http://loicfoto.tumblr.com/ 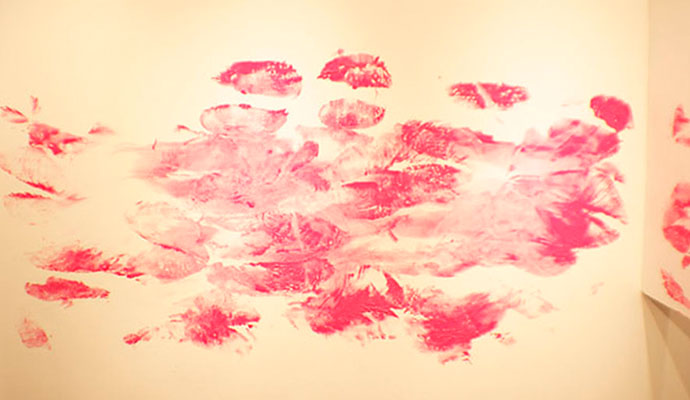