On view through Wednesday, March 26th

We are a people of ethnic amalgamations and historical palimpsests. We claim distant ancestral origins to affirm our identities, while concepts of Purity and Otherness dwindle with each generation. Pure Blood calls attention to these uncertainties. The works included weave religious narratives with colonial pasts and immigration presents, to question our society’s fluctuating identities and affiliations.

Limpeza de Sangre (“Cleanliness of Blood”): Following the mass expulsion of Jews and Muslims during the late 1400s, Spain instituted laws of Limpieza de sangre. These laws distinguished the Jews and Muslims who had converted to Christianity from those who could trace their religious affiliation through family lineage. Having more to do with politics and ancestry than faith, Limpieza de sangre provided the grounds for extreme prejudice against those of “unclean blood”. During the colonization of the Americas, the ideas behind Limpieza de sangre were transferred to a caste system that further built upon discrimination.

With these reconfigured shirts I examine the present-day manifestations of such views. Each shirt, given to me by a Latin American immigrant, was once worn for daily work. I have then unstitched and torn apart each shirt, re-forming it into a fragmented quilt. Referencing the uncleanliness Judaic and Muslim traditions have associated with pigs (and in turn, the pig’s redemptive connotations within a Christian tradition), I then soaked the piece-meal shrouds in pig’s blood. Questions arise. What is clean and un-clean? Who designates these definitions, and who lives by them? How have our cultural, ethnic and historical identities formed our current prejudices? And, in light of the influx of immigrants to the United States, who is asking these questions, and to whom?

Cuzco School: The Cuzco School was a painting institution established by Spanish colonialists in the New World (Peru). The school’s objective, to teach indigenous subjects a European painting style, utilized art-making as a vehicle for imperialist gain. I repurpose the pig as a dual signifier for redemption and filth, branding the foot with decorative designs appropriated from paintings produced within the Cuzco tradition.

Mandy Cano Villalobos is an interdisciplinary artist who currently resides in the Midwest. The child of a migrant family, she has lived in fourteen states and two countries. Her work focuses upon life’s ephemerality and identity shaped by location and collective memory. Cano Villalobos’ practice encompasses installation, performance, and object/textile-based work. She currently teaches at Calvin College in Grand Rapids, MI. Her work has been included in numerous exhibitions at venues including the Ruth and Elmer Wellin Museum (Clinton, NY), Maryland Institute College of Art (Baltimore, MD), the Ukranian Institute of Modern Art (Chicago), Wisconsin Union Directorate (Madison, WI), The Eli and Edyth Broad Art Museum (East Lansing, MI), and Hillyer Art Space (Washington, DC). La Casa Pauly in Puerto Montt, Chile hosted Cano Villalobos’ first international solo exhibition in January 2013. She was recently an artist in residence at Artists’ Cooperative Residency and Exhibitions (ACRE) based in Steuben, WI and Chicago.

More information about Mandy Cano Villalobos can be found at www.mandycano.com.

..
Cobalt Studio is an artist run alternative exhibition/project space in the Pilsen neighborhood of Chicago. The name refers to blue-collar/working class status. The space is Antonio Martinez’ art studio. He exhibits work by emerging artists and experimental art collectives, as well as invites guest curators that share a common vision. Cobalt’s mission is to present contemporary practices that are relevant and engaging to the community.

More information about Cobalt Art Studio can be found at cobaltartstudio.blogspot.com. 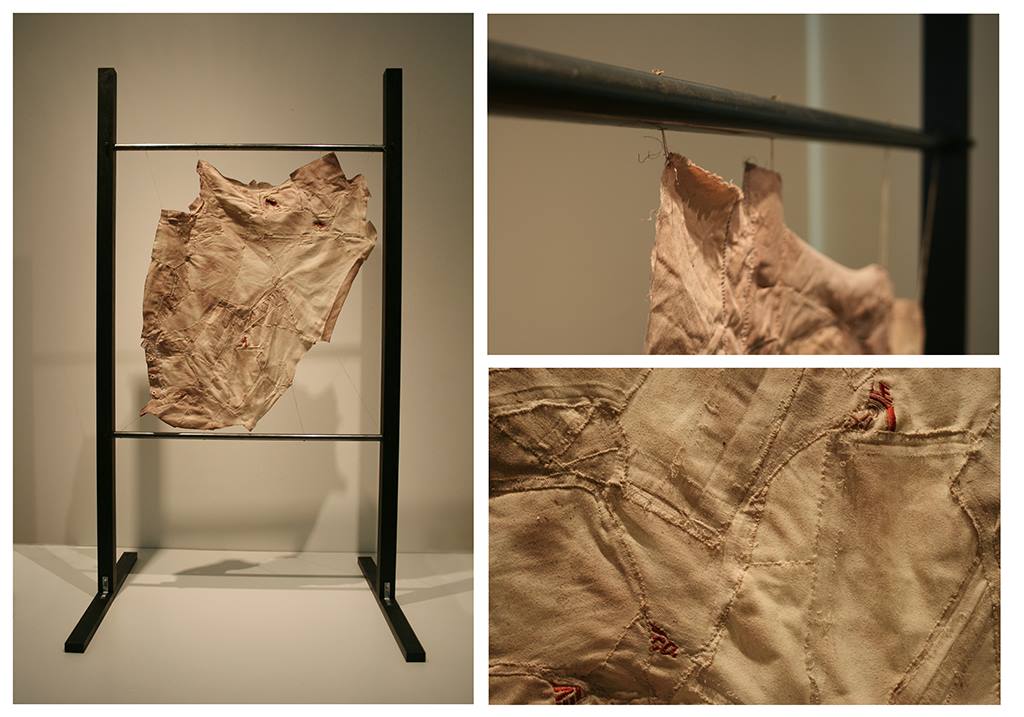