Plus and Minus: Artist Vera Klement and James Yood

To mark the addition of a significant work by Vera Klement to the Spertus Institute collection, the acclaimed artist joined us for a lively conversation with art critic James Yood, followed by a reception. This program was the exhibit preview for Collecting Local: 10 New Acquisitions, on view March 9-August 24.

After the program, Curator Ilana Segal directed a viewing of Collecting Local, which includes Plus and Minus by Vera Klement.

Vera Klement was born in 1929 in the Free City of Danzig, now Gdansk, Poland. Her family fled Nazi persecution and moved to New York City in 1939. She studied at Cooper Union School of Art and Architecture, graduating in 1950 at the height of New York Abstract Expressionism — a movement that significantly influenced her work. Upon relocating to Chicago, she began exhibiting immense, abstract paintings. To accommodate them, she bolted panels together to create a single work, a feature that is now her signature.

James Yood teaches contemporary art history and criticism at the School of the Art Institute of Chicago, where he is Director of the New Arts Journalism program. Active as an art critic and essayist, he is Chicago’s regional correspondent to Artforum and writes regularly for a range of other publications. Among his books is Spirited Visions: Portraits of Chicago Artists. 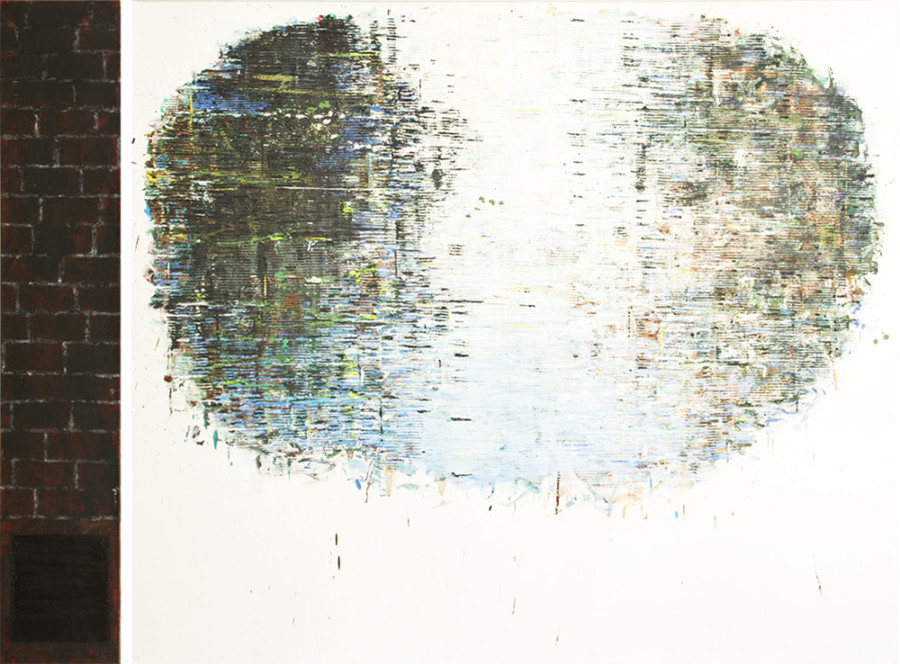