On view through Thursday, March 27th

Working to cut into the parched ground and glimpse what might lie beneath, Benedict tries to gain traction in the harsh landscape via a series of gardening tools (a sledge hammer, a bucket, a shovel, a drill, and a series of pipes) and amateur soil sampling techniques. The show’s title, Augur, plays between the words augur – to portend a good or bad outcome of an event or circumstance, to foresee or predict– and auger – a hand tool often used by soil scientists, geologists and glaciologists to bore holes into the earth.

Just as the aperture of a camera opens to allow light to pass though, Benedict’s repeated attempts to extract and expose the strata below speaks to the artist’s process of searching and re-searching, striving to make tangible connections with the elusive or imperceptible. 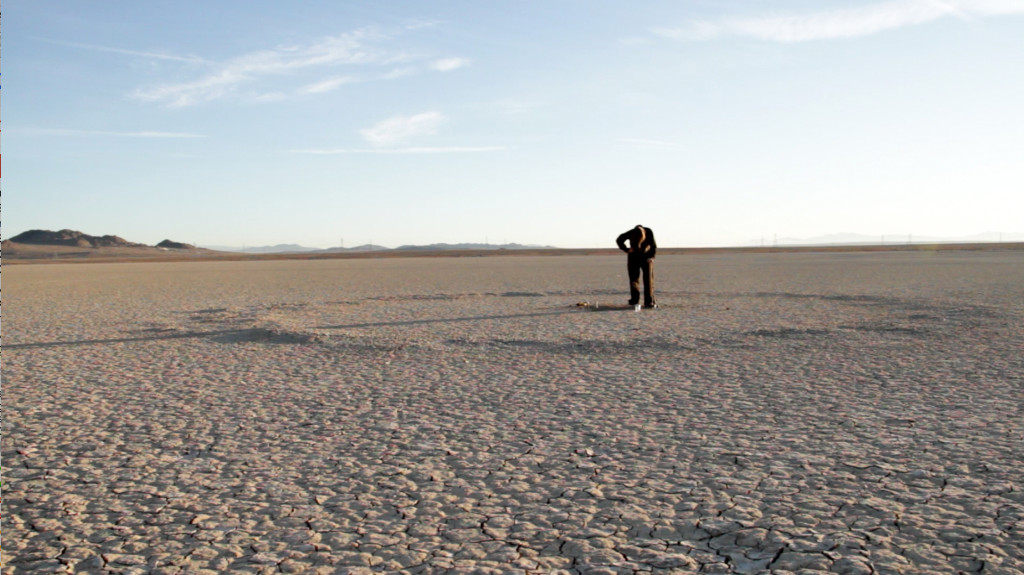