On view through Sunday, March 30th

Join ANTIDOTE and Chicago-based Canadian artist Christine Kirouac for a series of Sunday night screenings beginning March 16, 2014 at Rodan Chicago. Kirouac holds an MFA from Concordia University in Montreal, QC. She has spent the last five years living, practicing and teaching interdisciplinary studio at four universities in North Carolina, including Wake Forest University. For thirty years, she has held five residencies at the Banff Centre, the Kunst & Complex in Rotterdam and was short-listed for the Rijksakademie Residency Program in Amsterdam in 2006. Grant supporters include The Canada Council for the Arts, The National Film Board, the National Aboriginal Achievement Foundation and, most recently, received her first U.S. Project Grant from the Winston-Salem & Forsyth Arts Council in North Carolina for her project Papermen.

Kirouac relocated to Chicago IL in the summer of 2012, where she continues her practice, and works as Director/Curator of NEW MATERIAL Art Fair Miami, Multiples. Chicago, and Verge Art Fair NYC.

All screenings begin at 8pm; artist will be present to introduce the work. 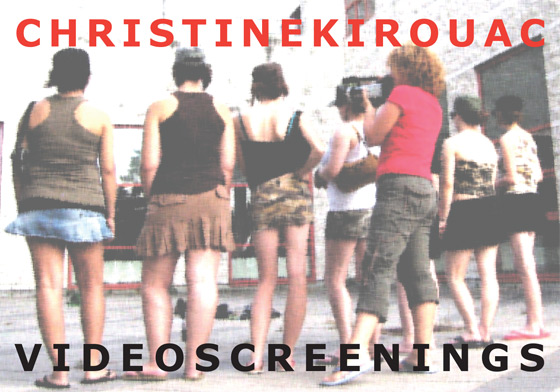