The Open Practice Committee presents a screening of Department of Visual Arts faculty member William Pope.L’s new film The Long White Cloud. Created as part of a larger project, Te Tuhi, on site in Auckland, New Zealand in 2013, the work is informed by a series of interrelated enquiries including an attempt to find solidarity between the national and the individual, a search for clarity in a ‘post-race’ culture as it supposedly exists in the U.S. and New Zealand today, to question what is such a culture and what does it feel like? It also explores the impossibility of truly connecting to another’s situation or history.

An acclaimed and prolific interdisciplinary artist, William Pope.L is the recipient of many prestigious grants and awards, including the Guggenheim Fellowship, NEA fellowships, and the USA Fellowship in Visual Arts. He has shown his work at The Project in New York and Los Angeles, and was included in the 2002 Whitney Biennial. He is perhaps best known for his provocative performances, such as ATM Piece, and his decades-long series of crawls across New York City, commemorated in eRacism, a retrospective which showed at several prominent museums and galleries. The Black Factory, his most recent project, toured the East Coast and the Midwest.

Screening to be followed by a discussion with William Pope.L.

Tags: Logan Center for the Arts, The University of Chicago, William Pope.L 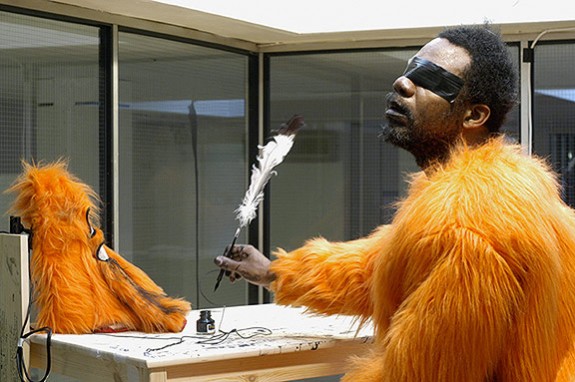