Shot on 16mm without a script using non-actors, SHOOTER AND WHITLEY captures the lives of one outlaw motorcycle club operating in a Midwestern city bereft of opportunities. The members of the bike club spend their time hanging out at the 1950’s era, roadside Sky Lit Motel, and a bar where dancers ply their trade for the club members, known as Bourbon Street. The characters in SHOOTER AND WHITELY are self-fashioned versions of the people playing them. The movie is at once deeply embedded in genre and completely guileless. Stewart’s collaboration puts front and center the strange spiraling nature of narrative expectation in the construction of personal identity. (LS/CL)

Laura Stewart makes films that blur the boundaries between narrative and documentary, filming non-actors and allowing them to often reveal a more direct portrait of their lives through the non-scripted approach of fiction blended with self-portraits. Her previous film was on the portable realm of traveling carnivals, American Carnival, and a Super 8 short, Ken: Story of a Western Drifter. Stewart’s films often explore the myth of American identity within the psyche of the drifter and a fast and mobile society that is often lost in temporality. Her work recently screened at the Madison Museum of Contemporary Art and received the William Merchant R. French Fellowship at the School of the Art Institute of Chicago’s MFA program.

Here’s a recent review by Thea Liberty Nichols for Bad at Sports:
http://badatsports.com/2013/film-review-shooter-and-whitley-by-laura-stewart 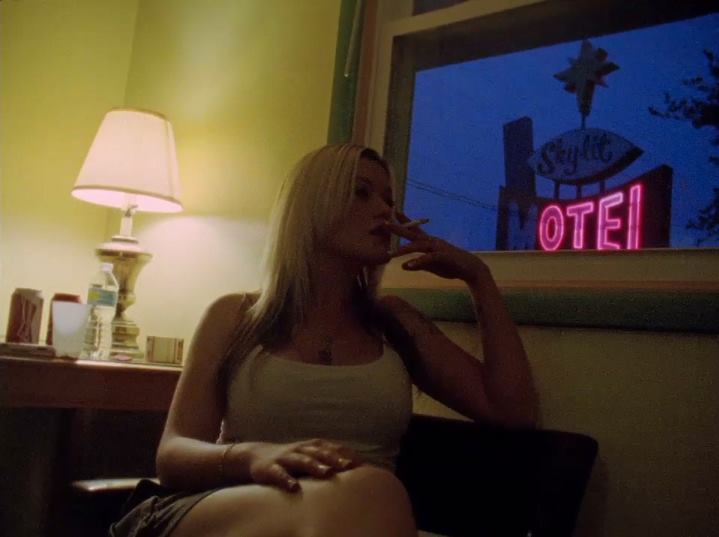