Agata Czeremuszkin-Chrut: To Be Titled

On view through Saturday, April 5th

The E|C Gallery is pleased to present a solo exhibition of new works on paper by polish artist Agata Czeremuszkin-Chrut in To be titled. Her new work will be on display at the Gallery from February 21st – April 5th, 2014. Please join us for the opening night reception on Friday, February 21st, 6 pm – 8pm.

This is the first presentation of Agata Czeremuszkin-Chrut’s works made exclusively on paper. These works, like the other large format paintings by the artist, are an insightful study of the complex structure of the human – both on the natural and spiritual level. By choosing the appropriate means of artistic expression (such as deaes-theticization, deformation, schematization, geometrisation) the painter creates a world that provokes the viewer to explore the realm of human experience, which is usually pushed into the background or is completely overlooked. It is all about emotions and relationships. About loneliness, being lost, misunderstood and the internal heroic struggle inside us. Czeremuszkin-Chrut strives to capture all of this in her neofigurative art whose basic assumptions have been processed into individual language of expressional painting.

The focus of Czeremuszkin-Chrut is the individual, with all of their com-plexities, human life, alienation, emotions and anonymity, which she then transforms into her paint-ings. They are also all biological processes, physicality and energy, which are transformed into paintings, which is not intentional and planned, but rather subconscious, sensual and intuitive.

This art is not autobiographical, but universal. The artist doesn’t want to impose her own rigid interpretation. The sense of presentation is only gently being suggested by enigmatic titles. This is because Agata Czeremuszkin-Chrut appreciates freedom, not only her own but also the recipient’s. As she said “I avoid over-intellectualizing, I do not like to fill my art with gibberish information, socially or politically correct”. We will not find literal and obvious messages in these paintings, but will be allowed to read them individually – and that will make them more reliable. After all, when dealing with art, this is considered a superior value. 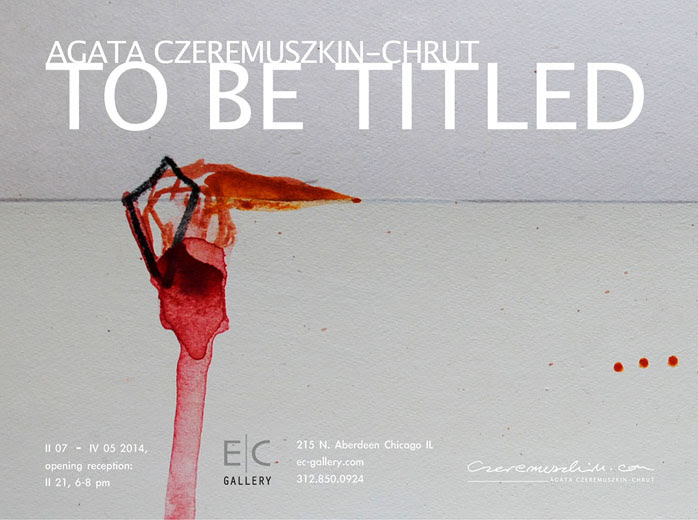