Silva’s current research investigates the history, influence, and consequences of travel on current culture and society. As an artist experimenting with various modes of documentary and narrative filmmaking, his work often shifts between ideas surrounding mysticism and the deceptive capabilities of memory. This screening brings together recent works in 16mm and video made between 2010 and 2013.

The program will includes such films as:

“Those who go thither, they return not again.”

Plumes dust the arid land, east to west, shape shifting as they lift in ascension. Something lowers. An ark ran aground where revolution took root: ropes raise stones in baskets. Hearts heavier and lighter than the feather, permitted passage. Tethered or freed, resting from life or dawning anew. (Charity Coleman)

Carried by the frenetic energy of a magic carpet, Concrete Parlay is a metaphysical flight that weaves among visual kernels of the anthropic and biological worlds. From prehistoric horseshoe crabs strewn among modern refuse, stoic pyramids foregrounded by golf course maintenance, mystic rituals evoking avian gestures, to contemporary political upheaval equalized by natural phenomena—the poetic equivalence among images transcends particular umwelten, as the disorienting whirl of the compass connotes the kinetic nature of existence.—Aily Nash

Fern Silva’s In the Absence of Light, Darkness Prevails (2010) suggests a future already arrived, merging the destruction with the creation of life as seen in the tiny turtles crawling their way to the sea, or heard in the crackling of a Geiger counter as a masked man sprays plants with pesticides. Though only 13 minutes, the film’s span is enormous. As revelers in Salvador, Bahia, parade through the streets, a gnat-sized Mercury passes across the surface of the sun, and men slowly make their way up the giant steps of an ancient temple; the film resides in a well of deep time, civilizational history swallowed by the life of the planet. –Genevieve Yue

Fern Silva (b. 1982, Hartford, CT) is a Visiting Assistant Professor of Moving Image in the School of Art and Art History at the University of Illinois-Chicago. He has created a body of film, video, and projection work that has been screened and performed at various festivals, galleries, museums and cinematheques including the Toronto, Berlin, Locarno, Rotterdam, New York, Edinburgh, Images, Oberhausen, London and Ann Arbor Film Festivals, Anthology Film Archive, Gene Siskel Film Center, Wexner Center for the Arts, San Francisco Cinematheque, Museum of Art Lima, Brooklyn Academy of Music, Institute of Contemporary Art/Boston, and the Museum of Modern Art P.S.1. He was listed as one of the Top 25 Filmmakers for the 21st Century in Film Comment Magazine’s Avant-Garde Filmmakers Poll, is the recipient of the Gus Van Sant Award from the 49th Ann Arbor Film Festival and was nominated for Best International Short Film at the 2012 Edinburgh International Film Festival. He received a BFA from the Massachusetts College of Art, MFA from Bard College and is currently based in Brooklyn, NY and Chicago, IL. 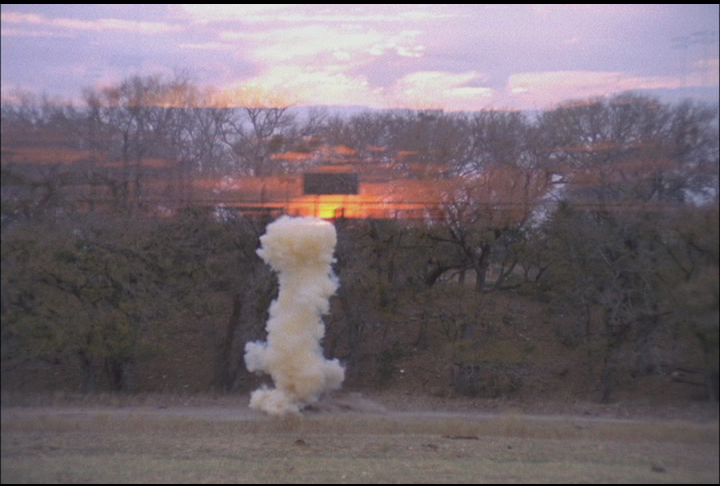