Extinct Entities: Closing Night Reception: We Are No Longer Brave Enough To Leave + The Nervous Center

Christy LeMaster’s We Are No Longer Brave Enough To Leave is a portrait of utopian impulses: past and present, real and re-imagined. And learning new skills—moving from watcher to maker. This is a beginning segment of a longer project. This video invites specific artistic communities working in Chicago to re-enact an intentional or utopian community from American history: Sequence 1: Summer Forum 2012 Residency as Robert Owen’s New Harmony Socialist Society (1825, New Harmony, Indiana); Sequence 2: The Nightingale Cinema as The Source Family (1970’s, Los Angeles, California).

The Nervous Center (Richard and Ken Syska) presents a new video work featuring videotaped performances, interviews, photos and other ephemera from the archive of the defunct coffee shop/performance space. The video focuses on the community of artists and musicians from this hub for experimental and improvised music in Chicago from 1995-2002. A surprise guest musical performance will accompany the presentation.

More about the artists:
Christy LeMaster founded The Nightingale in 2008. She has programmed screenings for Museum of Contemporary Art Chicago, Chicago Filmmakers, Chicago Film Forum, The Onion City Experimental Film and Video Festival, The Chicago Underground Film Festival, Chicago Film Archives, and Intuit Gallery. She teaches Critical Studies and Media Theory at Columbia College Chicago. She has been a movie critic on the NPR Chicago affiliate, WBEZ’s morning show 848 and CINE-FILE.info. She was a 2011 Flaherty Film Seminar Fellow and a Summer Forum 2012 resident. She is currently working on a microcinema web directory and distribution system called splitbeam.org

Ken and Richard Syska, brothers from Ohio, moved to Chicago in the 1980’s and after a period in the professional world decided to open what would become a hub for experimental and improvised music in Chicago -The Nervous Center.

While The Nervous Center was only around for 7 years it’s impact was immediate. When it started in 1995 there were few venues featuring experimental and improvised music in Chicago. There was nothing like it, making it a magnet for artists, mad scientists, outcasts, and literal crazies of all ages. They featured live music in the basement and, despite the crude environment, they eventually drew a cult following featuring bands and performers from all over the world. 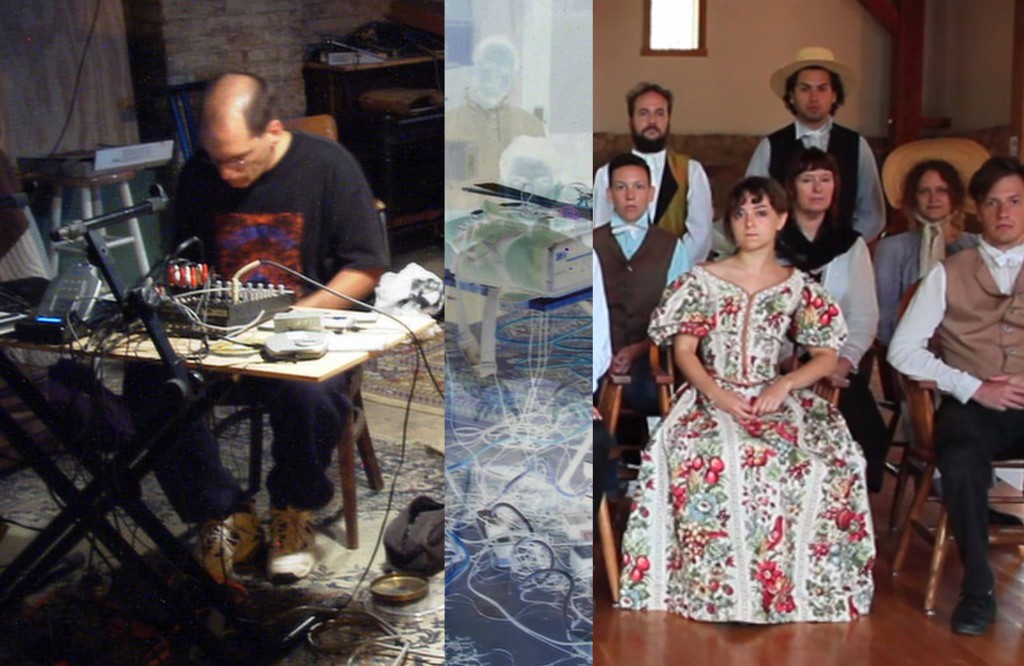