Featuring (in order of their works’ appearance) Pieter Vermeersch, Tauba Auerbach, Geof Oppenheimer, Iman Issa, Ika Knežević, Karl Holmqvist and Lili Reynaud Dewar.
There is no consensus at this stage about what constitutes ‘the fifth dimension’, though we do know that it has been of interest to artists since at least the beginning of the last century; and scientists, musicians, priests and politicians have all deployed the term, albeit differently. What they seem to be grappling with is an expanded perception, which this exhibition takes time to absorb.

The Fifth Dimension may be understood as the building of knowledge and atmosphere. Over the course of approximately two months, works by the seven participating artists will enter gradually and continue to transform the Logan Center Gallery; with elements permeating beyond the gallery walls.

‘The fifth dimension’ is also a phrase, a string of words that struck a chord with the seven participating artists. Thus, the resonance of words (poetry/poetics) becomes key for this speculative undertaking.

A plastic and poetic anchor offered to the artists in conversations and correspondence leading up to the show was Loredo Taft’s Fountain of Time, a monumental sculpture depicting a lone figure (Time) looking across a pool at the passage of humanity – one hundred people representing one hundred years of peace.¹ Erected in 1920 at the foot of Washington Park, it is a short walk from the Logan Center and can be visited en route to or from the exhibition. Beside it lies a plaque stating that the inspiration for this concrete configuration came directly from a poem by Henry Austin Dobson entitled “The Paradox of Time,” which begins:

Where might we go while time stays (and is time, in fact, the fourth dimension)? What figures or thought-objects are needed to re-imagine life in five dimensions or even more? Might a solid, three-dimensional sculpture be understood as the shadow of that other realm? And what other means are available to artists today to develop this imaginary, sustaining a dialectic tension between visibility and invisibility, tangibility and imperceptibility?

The artists in The Fifth Dimension contribute to these questions in distinct ways: With his keen knowledge of paint’s spatial effects, Pieter Vermeersch exploits the transformative qualities of color applied directly to the architectural frame. Tauba Auerbach fuses one ancient material (marble) with another (a book). Geof Oppenheimer’s contained explosions may be seen to enact a different fusion – of physics and politics, nano-time and the long course of history. Iman Issa harnesses the mind’s associative power, multiplying means of translating (indexical, linguistic, material), to arrive at a point where an image of her own past might transform into the present of another person. Ika Knežević mobilizes the forces of production – for instance, of the ergonomic shoe and of the elegant self who wears it – introducing an aesthetic regime where work and leisure are (again) clearly demarcated. Karl Holmqvist’s use of his voice for his and other people’s words and Lili Reynaud Dewar’s use of her body for her and other people’s gestures make it difficult to maintain clear separations (between artists and artworks, one epoch and another, this culture and the other). The Fifth Dimension foregrounds such productive con-fusions, relying on the clarity of artistic gestures to build complexity. None of this is a game, unless perhaps we wish to play chess. 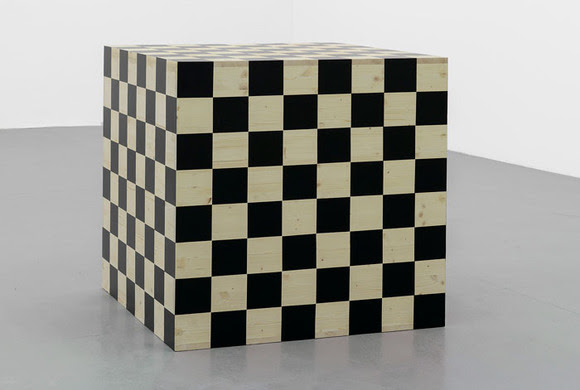