Peter Faundo: model questions for the sun, the see and other things…

On view through Saturday, January 18th

After some years of questioning the terms of painting (…of asking what is the palette, the surface, the tools… the narrative) Peter Fagundo found himself turning 40, cracked open by life and a show of Picasso’s view of everything through the lens of Marie Therese Walter. He suddenly became aware of a stack of paintings inside of him…25 years worth of pictures. Two and a half years later and the stack has barely a dent.

Peter Fagundo lives and works in Evanston, Illinois. He received his BS in Psychology and Fine Art from Regis University, Denver, Colorado in 1997, and his MFA in painting and drawing from the School of the Art Institute of Chicago in 2003 where he was the recipient of the Merit Scholarship. He is a currently a faculty member in the Departments of Contemporary Practices and Painting and Drawing at The School of the Art Institute of Chicago. His work has been exhibited at venues including devening projects + editions, Chicago (where he is represented), boom, Oak Park, IL; Hudson Franklin, NY; Hyde Park Art Center, Chicago; Acuna Hanson Gallery, Los Angeles, among many others. He is a curator of ETF (Essential Transmutation Frequency), his home, studio and a space where he curates work from artists whose work interests him and which is presented in direct relationship to a domestic space. He is former co-curator of The Pond, which organized group exhibitions in a storefront gallery in Chicago’s Westtown neighborhood, championing issues of artist’s intentionality, art objects’ discretion and the conversation between makers and viewers. 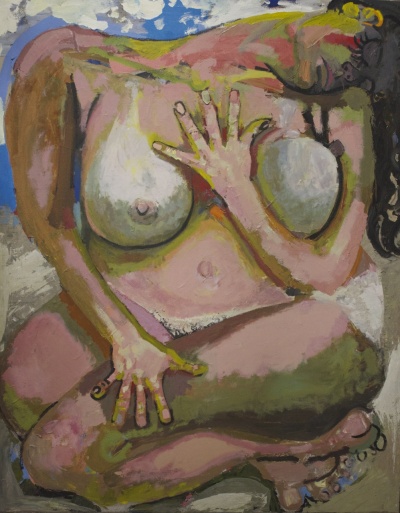