On view through Friday, January 3rd

During the two years photographer Matthew Avignone spent compiling his new work appropriately titled, There’s Just No Telling, this phrase has become a personal mantra for the energetic young artist. Saturday, December 7th, 2013 from 6-10pm, Gold Pane Gallery will be exhibiting Avignone’s second solo exhibition There’s Just No Telling with an opening reception for the artist located in the Flat Iron Arts building, Suite 341. There will be refreshments and a live DJ for the evening.

Avignone is a emerging Chicago artist and curator who’s currently director for The Coat Check at David Weinberg Photography, a project dedicated to supporting and exhibiting emerging artists. His first solo exhibition, Stranger Than Family was wildly successful and led to several features in publications including Slanted Magazine, LENSCRATCH, LPV Magazine, and Voices from Italy. Avignone’s hand-made artist’s book of his family photographs, “An Unfinished Body” currently resides in two prestigious institutional collections: The International Center of Photography and The George Eastman House. His works have been included in group exhibitions in Chicago, New York City, Guatemala City, Guatemala, and Pingyao, China. Last year Avignone was nominated for the Baum Award for Emerging American Photographer, by the Baum Foundation located in San Francisco, CA.

There’s Just No Telling pulls away from Avignone’s previous works and is anything but preconceived or posed. In a reaction against the slow, contrived, large format photographs of the late 90-00’s contemporary photography canon, he chose to allow his small camera to become an extension of his eye and mind. Avignone throws caution to the wind and follows his intuition to pull subject matter from his life, whether it is a headless man in a elmo suit or the tender touch of a branch against a water tower compressed in space. The work is stripped down of relevant content seeking an unspoken tension or reverberation with form and aesthetics over a document of truth based in photography.

There’s Just No Telling consists of 44 photographs; each will be available in signed editions of 100. Starting at $10, the price will increase by $10 after each subsequent group of 10 is sold — the idea is to celebrate the people that have supported Avignone by giving a piece of himself away at an attainable price. Also, out of appreciation for collectors, there will be an edition of 10 hand-made clamshell portfolio boxes. This personal “treasure chest” houses all 44 prints exhibited, each print and portfolio box will be labeled, editioned and signed. 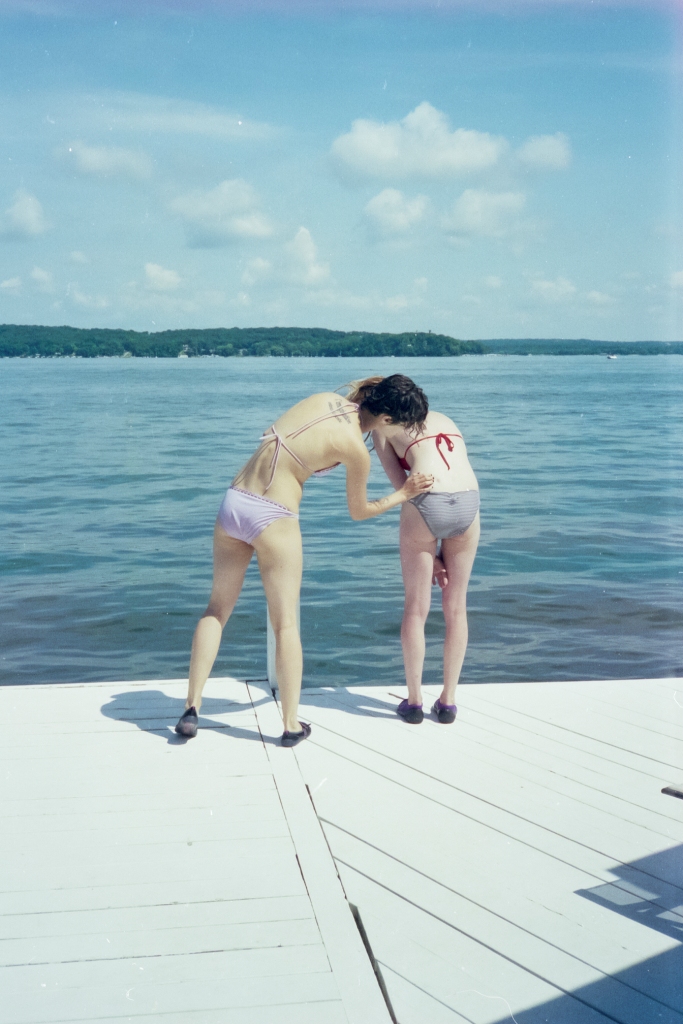