On view through Wednesday, January 1st

Alcatraz Chicago is proud to present Height Down, an exhibition by Chicago-based artists Joseph Mault and Ben Regozin. Over the past few years Mault and Regozin have been working together and separately to develop a wide body of work consisting of photographs, sculptures, drawings, writings and found objects. The idea of gravity is one of few consistent veins running throughout the work. In Mault and Regozin’s work, gravity acts as a way of thinking about forces beyond ones control, not simply as a physical phenomenon. Height Down, as an exhibition of the history of the artist’s past processes and of new work, commits itself to long lasting dread and inconclusiveness while sustaining itself long enough for introspection and self-criticism.

Joseph Mault was born in Massachusetts in 1989 and received his BFA from the School of the Art Institute of Chicago in 2012. He currently lives and works in Chicago.

Ben Regozin was born in New York in 1988 and received his BFA from the School of the Art Institute of Chicago in 2011. He currently lives and works in Chicago. 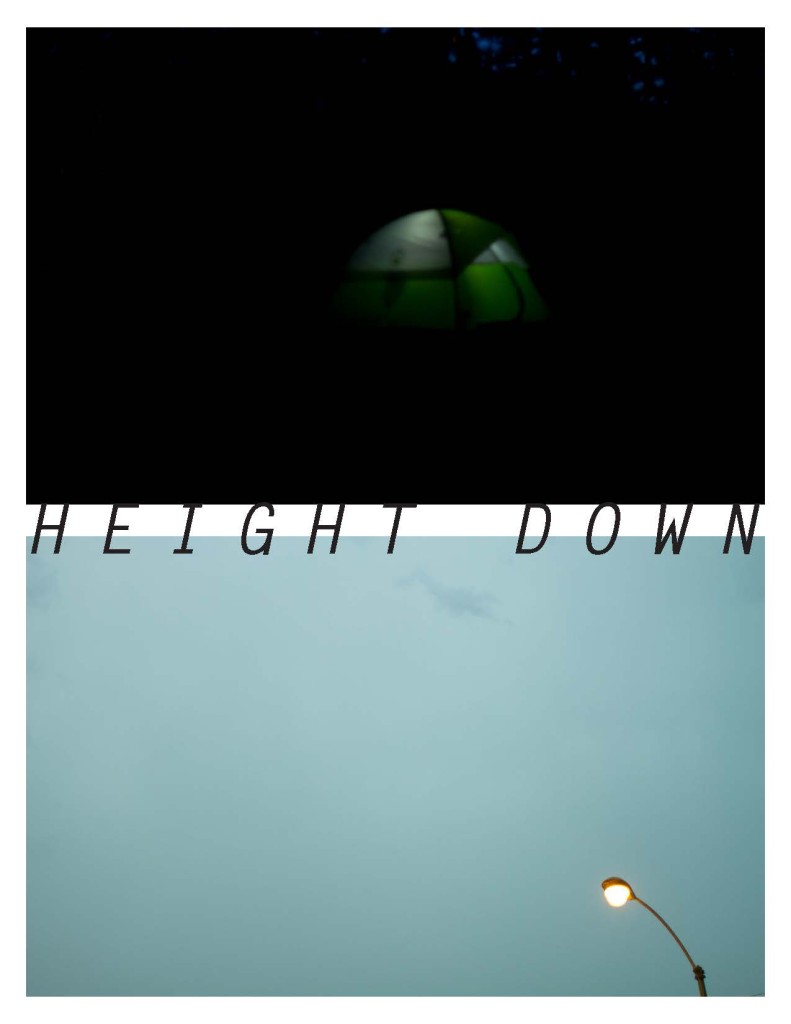