On view through Friday, March 7th

It is also the final exhibition for Kirk’s Apartment.

In this exhibition, Leclery investigates the role of his mother on his practice, and on himself as an artist.

For 35 years, Leclery’s mother has been a major influence on him. In these three works Leclery comes to terms with that influence and posits a possible resolution of conflicted feelings, a reconciliation of conflicting desires, and a reintegration of divergent spheres of operation.

In other words, Leclery is suggesting a place where two (and potentially more) forms of approval can coexist, nourish each other, and reflect back on one another: a mother’s pride and an artwork’s reception. (Certainly, Leclery’s mother would not be proud of her son for putting on a shitty show about her.)

The three works in this exhibition are paeans, enshrining perceived attributes that are relevant to the artist’s formation: his mother’s acute visual sensitivity expressed as disgust at the sight of public breastfeeding, toothbrushing outside the bathroom, and head-shaving; his mother’s acute intellectual sensitivity to words as expressed through a lifelong commitment to the novel, and, in particular, to that pinnacle achievement of bibliophilia, the reading and re-reading of Marcel Proust’s masterwork; and a combination of the above visual and literary sensitivities as expressed in the use of pithy quotes, poignant statements, and store-bought inspirational mottos as elements of home decoration.

Mom, 2013, installation
a collection of objects belonging the artist’s mother that she uses to decorate her New York apartment and that reflect back on her attitudes that are encouraging, reassuring, or cool. 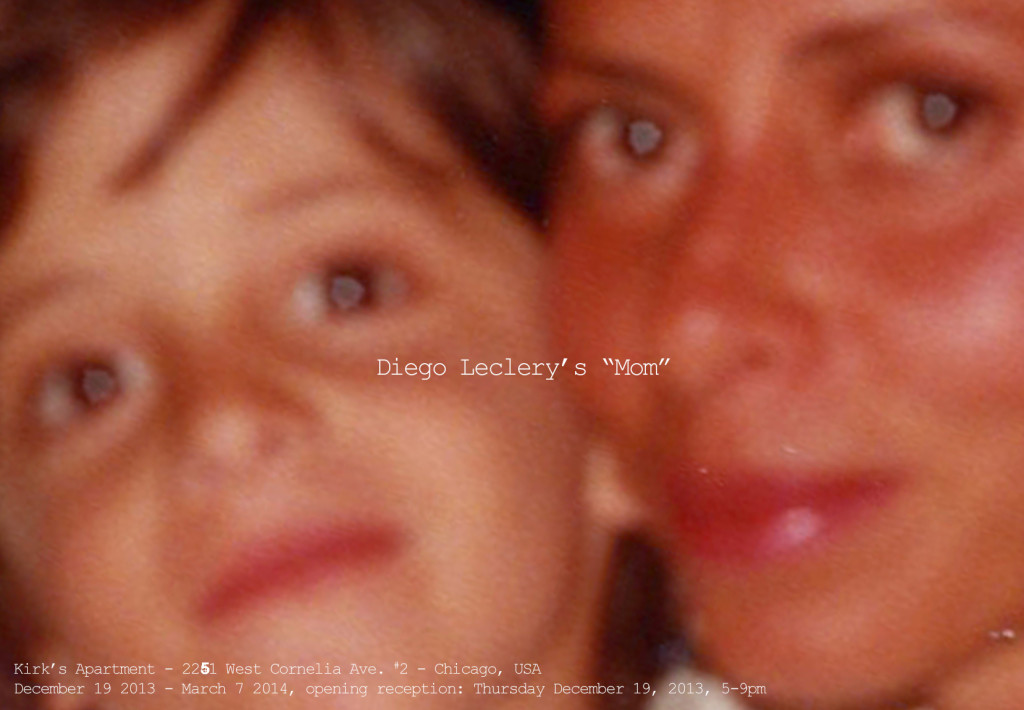