For over thirty years, Carrie Mae Weems has been sharing her distinct voice through powerful and provocative photographs and video works that directly confront racial and social stereotypes. Weems consistently asks her audience to reconsider historical record, generating a dynamic visual conversation between past and present. In a moment of international celebration with her museum retrospective Three Decades of Photography and Video and receipt of a 2013 MacArthur Foundation ‘Genius’ Award – Rhona Hoffman Gallery is pleased to present her fourth solo show with the gallery, Slow Fade to Black.

Diverse in its selection of works, the exhibition highlights the depth of Weems’ oeuvre. In the 1995-96 series From Here I Saw What Happened and I Cried, she appropriated historic photographs depicting African-Americans in a racist manner and etched text overtop the image to give voice to the otherwise voiceless subjects. The 2010-11 series that lends the exhibition its title, Slow Fade to Black, focuses on African-American female performers from Josephine Baker to Marion Anderson. Though the images are masked by lack of focus or colored tints, Weems’ photographs bring to light figures on the brink of disappearance from our cultural memory.

Storytelling and performance play an essential role for Weems, who studied folklore as a graduate student at the University of California, Berkeley. In Constructing History, subjects reenact historical moments from the Civil Rights Movement; the inclusion of lighting tracks, pedestals, cameras, and props in this series calls attention to the media’s ability to control collective memory. In the video installation Lincoln, Lonnie, and Me, installed in the second floor gallery, Weems turned the camera on herself. Brought to life through the “Pepper’s ghost” illusion technique, characters in this 18-minute theatrical video projection weave a complex story, conflating the past with the present and evidencing the fact that history is perpetually being re-written.

Carrie Mae Weems was born in Portland, Oregon in 1953. She earned a BFA from the California Institute of the Arts, Valencia, and an MFA from the University of California, San Diego, continuing her studies in the Graudate Program in Folklore at the University of California, Berkeley. Awards include the MacArthur Fellowship (2013), Lifetime Achievement Award from the Congressional Black Caucus Foundation (2013), Anonymous Was a Woman Award (2007), Skowhegan Medal for Photography (2007), Rome Prize Fellowship (2006), the Pollack-Krasner Foundation Grant in Photography (2002), and others. Organized by the Frist Center for the Visual Arts in Nashville and accompanied by an illustrated catalogue, a long-overdue retrospective, Carrie Mae Weems: Three Decades of Photography and Video, is currently on view at the Cantor Center for Visual Arts, Stanford University, and will travel to the Guggenheim Museum, New York, in January 2014. Weems’ work has appeared in major exhibitions at Williams College Museum of Art, Williamstown, Massachusetts; Art Institute of Chicago, Illinois (2011); Savannah College of Art and Design, Georgia (2008); W. E. B. Du Bois Institute for African and African American Research, Harvard University, Boston, Massachusetts (2007); and Whitney Museum of American Art, New York (1998), among others. Carrie Mae Weems lives and works in Syracuse, New York.

Chicago-based artist Anne Wilson tackles issues of history, memory, and domestic and social ritual through a multi-media art practice. Dispersions, her third solo exhibition at Rhona Hoffman Gallery, envelops the front gallery with twenty-six individual fabric pieces. Taking heirloom white damask cloth with holes or tears caused by use, Wilson sewed open the flaw with thread and hair to form a perfect, sculptural circle in the fabric. Piercing the decorative, time-worn cloth with the precision of a gunshot, the circles’ edges softly disperse with a haloed effect, stopped again by the white metal frame.

Trained in an interdisciplinary fiber context and influenced by feminist and post-minimalist thought in 1970s California, Wilson asserts the relevance of fiber and textile materials in a contemporary, conceptual art practice. She has expanded into installation, social practice, and performance during the past decade; one of her most extensive projects, Local Industry at the Knoxville Museum of Art, brought together 2,100 volunteers and 79 experienced weavers for a community weaving project. Dispersions returns to Wilson’s foundation in personally-scaled, intricately stitched ’textile drawing.’ In the early nineties, she created a series of works stitching hair around fabric tears to disrupt the social ritual of historical, bourgeois damask. Similar in process, the 2013 Dispersions yield markedly different results. In this new body of work, the sculptural voids carved from the fabric dissolve into finely-sewn thread to create an abstract imagery that alludes to cosmic and heavenly bodies. A palpable bridge between cellular and celestial reflects Wilson’s ability to evoke particular, singular, and mortal realities through ambiguous imagery. Installed edge-to-edge to wrap the gallery, the works create an all-encompassing installation that emphasizes their ethereal quality.

Born in Detroit, Anne Wilson earned a BFA from the Cranbrook Academy of Art in Bloomfield Hills, Michigan and a MFA at the California College of the Arts in Oakland, California, also attending the University of Michigan’s School of Art in Ann Arbor. Wilson explores themes of time, loss, private, and social rituals; her artwork embraces conceptual strategies and handwork using everyday materials- table linen, bed sheets, human hair, lace, thread, glass, and wire. Recent group and solo exhibitions include The Hangzhou Triennial of Fiber Art, Hangzhou, China (2013); Cotton: Global Thread, Whitworth Art Gallery in Manchester, England (2012); Local Industry (2011) and Wind/Rewind/Weave (2010) at the Knoxville Museum of Art, Tennessee; Hand+Made: The Performative Impulse in Art and Craft, Contemporary Arts Museum, Houston, Texas (2010); and Out of the Ordinary, Victoria and Albert Museum, London, England (2007-08), among others. Her work is found in permanent collections including the Metropolitan Museum of Art, New York, the Art Institute of Chicago, the Museum of Contemporary Art- Chicago, the Detroit Institute of the Arts, and the 21st Century Museum of Contemporary Art, Kanazawa, Japan. She is a Professor in the Fiber and Material Studies Department at the School of the Art Institute of Chicago. 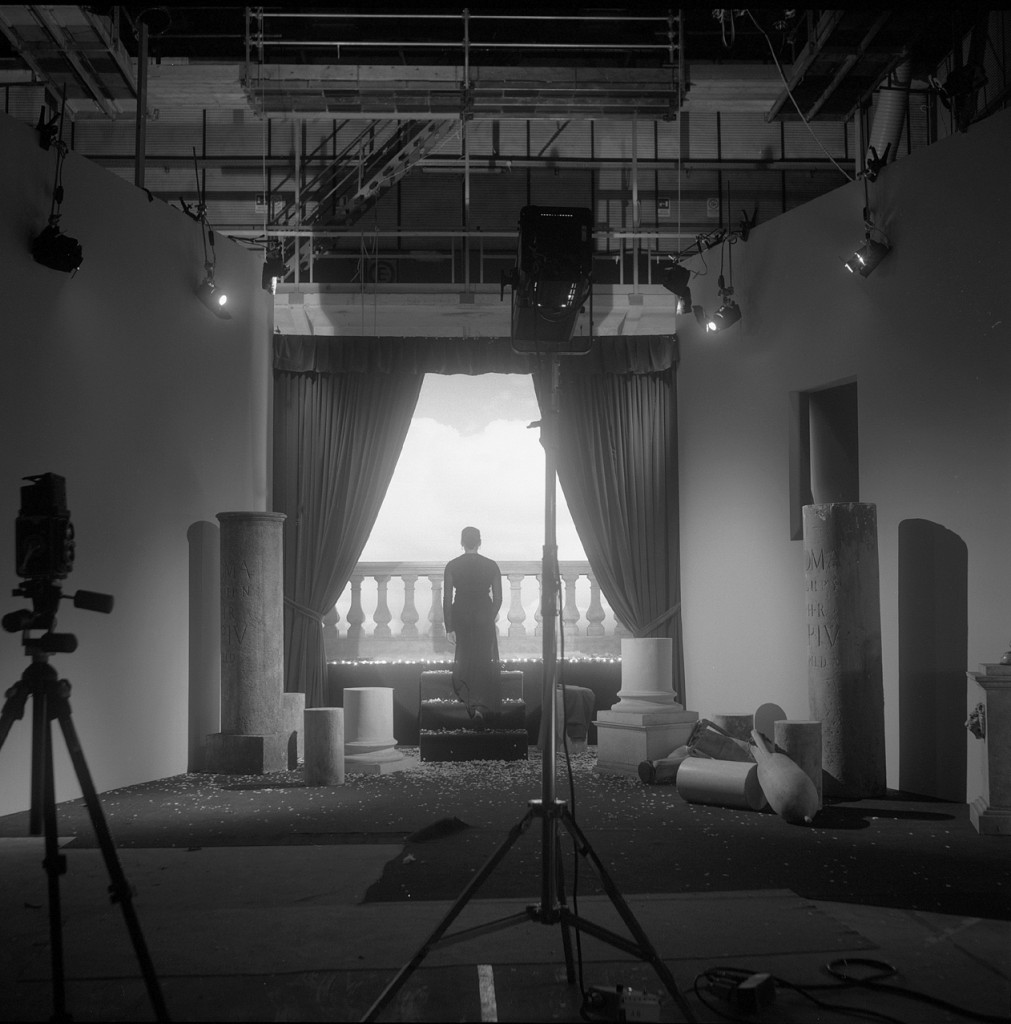