Scrying is most commonly done with a crystal ball, involving a self-induced trance. It may also be performed using any smooth surface, such as a bowl of liquid, a pond, or a crystal. The visions that come when one stares into the media are thought to come from one’s subconscious and imagination.

QT is pleased to present SCRYING THREATS, Donna Huanca’s first solo presentation in Chicago. For the exhibition Huanca will create a new installation using memory based symbols from her teenage years spent in South Side Chicago. The exhibition flyer is taken from a photograph of a day-time party Huanca skipped class to attend.

From starter jackets to clothing stains, Huanca layers ideas of youthful mysticism and abstract predictions, creating a multidimensional atmosphere that mirrors what she believed would be her future and how she considers the present tense. While delving into one of the most primordial and complex systems of communication, that of clothing, Huanca conveys distinctive and precise observations on the function of the garment, as an ever evolving manner of language production and a traditional form of cultural transmission.

Born in Chicago, Huanca received a BFA from the University of Houston (2004) and studied at Staedelschule, Frankfurt, Germany (2009-10). A Fulbright Scholar, Huanca lived and worked in Mexico City in 2012. Publications of her work have been featured in DazedDigital, Wire, British Vogue, Blouin Artinfo, and Art in America, amongst others. Recent exhibitions include: RAW MATERIAL at Malmo Konsthall, Sweden (2013) Arnhem Fashion Biennale, Netherlands, Pioneer Voices at the Gallery of Northern Norway, The Myth… (solo) at Bard CCS, Annandale-on-Hudson, New York. 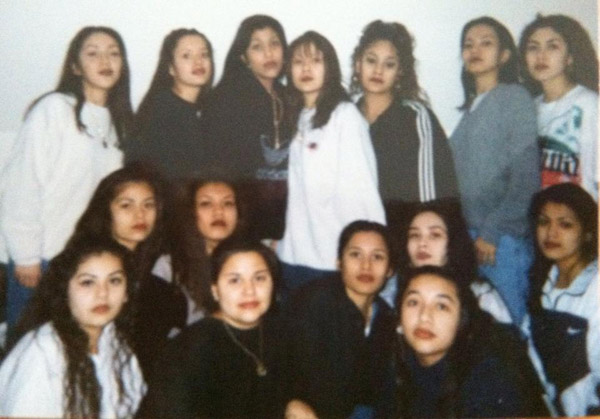