The Pruitt-Igoe Myth: An Urban History

The Pruitt-Igoe Myth tells the story of the wholesale changes that took place in the American city in the decades after World War II, through the lens of the infamous Pruitt-Igoe housing development in St. Louis. Destroyed in a dramatic and highly publicized implosion, the Pruitt-Igoe public housing complex has become a widespread symbol of failure amongst architects, politicians, and policy makers. At the film’s historical center is an analysis of the massive impact of the 1949 Housing Act, which resulted in American cities being emptied of their residents, business and industry. And yet, despite its complex history, Pruitt-Igoe has often been stereotyped, with help from a world-famous image of its implosion, and used as an argument against modernist architecture or public assistance programs. The Pruitt-Igoe Myth seeks to set the historical record straight, to examine the interests in Pruitt-Igoe’s creation, to re-evaluate the rumors and the stigma, and to implode the myth. 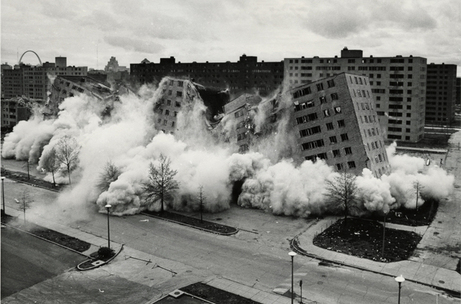