Nick Bastis, Jillian Soto, and Anthony Romero: Nothing Grows in the Shadows of Great Trees

I want you to try and imagine that your in a quiet green valley in the mountains of TENNESSEE. it’s a warm spring day and your sittin’ on the edge of a creek with your feet dangling in the water. every now and then a leaf will float by and kind of tickle your toes. you got nothing in the world to do or think about except your own dreams.

THE CONVICTION OF PEARL DAKOTA is being created and directed by JILLIAN SOTO and is inspired by SOTO’S observations of the traffic courts located at the CHICAGO DALEY CENTER over the course of six months in 2012-13. for this showing, SOTO has invited a group of artists and writers to superimpose a response performance upon the original observational notes. this performance was developed in part through the CITY OF CHICAGO DEPARTMENT of CULTURAL AFFAIRS and SPECIAL EVENTS in the WORKS RESIDENCY PROGRAM.

JILLIAN SOTO is an artist and writer generating work in sculpture, performance and text. SOTO received a BA in ART from SAN FRANCISCO STATE UNIVERSITY and an MFA in PERFORMANCE from the SCHOOL of the ART INSTITUTE in CHICAGO in 2011. his poetry and critical writing has been published in BODIES OF WORK MAGAZINE, PRESS 1, as well as collaborative writings featured in MAKESHIFT and STIMULUS RESPOND MAGAZINE. SOTO teaches in the ART and DESIGN DEPARTMENT at CHICAGO STATE UNIVERSITY.

ANTHONY ROMERO is a performer and writer based in CHICAGO. his works have been performed nationally, most notably at LINKS HALL and THE HYDE PARK ART CENTER in CHICAGO, NADA ART FAIR in MIAMI, and as part of THE ITINERANT FESTIVAL for CONTEMPORARY PERFORMANCE in NEW YORK. he has published poetry and criticism through UGLY DUCKLING PRESS, POETRY QUARTERLY, THE HUFFINGTON POST, and PERFORMA MAGAZINE, among others. he is currently a blogger for BAD AT SPORTS and is the ASSISTANT DIRECTOR of the GUILD LITERARY COMPLEX.

NICK BASTIS lives and works in CHICAGO. he has previously presented work at NEW CAPITAL, THE HILLS ESTHETIC CENTER, and MESS HALL (CHICAGO, IL), THE SAN FRANCISCO ART INSTITUTE and SOMARTS (SAN FRANCISCO, CA), and THE ROYAL INSTITUTE (STOCKHOLM, SE). He recently completed his MFA in visual art at the UNIVERSITY OF CHICAGO. 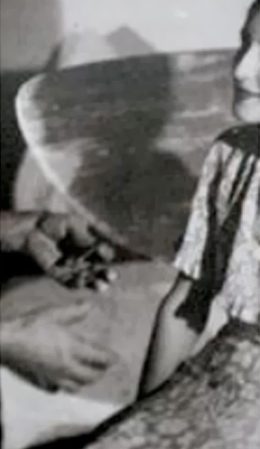