On view through Friday, July 26th

From the Artists:
“Never a lovely so real” is a phrase from Nelson Algren’s Chicago: City On The Make. In the novel, Algren tells the story of Chicago’s history though its hustlers, hop-heads, and old cokey-joes “on the prowl for one last wandering square.” Ultimately, Algren declares his love for the city: “Once you’ve become a part of this particular patch, you’ll never love another. Like loving a woman with a broken nose, you may well find lovelier lovelies, but never a lovely so real.”

About the Artists:
Clarissa Bonet (b. 1986 Tampa Florida) Lives and works in Chicago. She received her M.F.A. in photography from Columbia College Chicago in 2012 and her B.S. in Photography from the University of Central Florida. Her work has been exhibited in Chicago, California, New York, among other places as well as internationally in Paris and at the Pingyao International Photo Festival in China. She was the recipient of the Albert P. Weisman grant for two consecutive years. Her work is in the collection of the South East Museum of Photography and Calumet Photographic. In 2012 she was in the top 50 of Critical Mass, won PDN’s the Curator; search for undiscovered fine art photography. Most recently she has been chosen as a winner in Magenta Foundation’s 2013 Emerging Photographer exchange. http://clarissabonet.com/

Dmitry Samarov was born in the USSR in 1970; emigrated with his family to the US in 1978; graduated from SAIC with a BFA in Painting & Printmaking in 1993; published Hack: Stories from a Chicago Cab in 2011; lives and works in Chicago, IL. He no longer drives a cab.
http://www.dmitrysamarov.com/

Noah Vaughn is a Chicago-based artist whose work primarily deals with depicting overlooked and vernacular aspects of the built environment. He received a BFA in Painting and Drawing from the School of the Art Institute of Chicago in 1993, and has been working with photography since 2007. http://noahvaughn.com/

Frogman Gallery is committed to showing the work of emerging and mid-career artists in Chicago. The name Frogman comes from the group of top secret WWII divers trained in underwater combat. Like a scrappy Italian commando, Frogman Gallery appeared from nowhere and may disappear at anytime.

This exhibit was made possible by the generous help and support of the Chicago Loop Alliance. For more information, please visit: 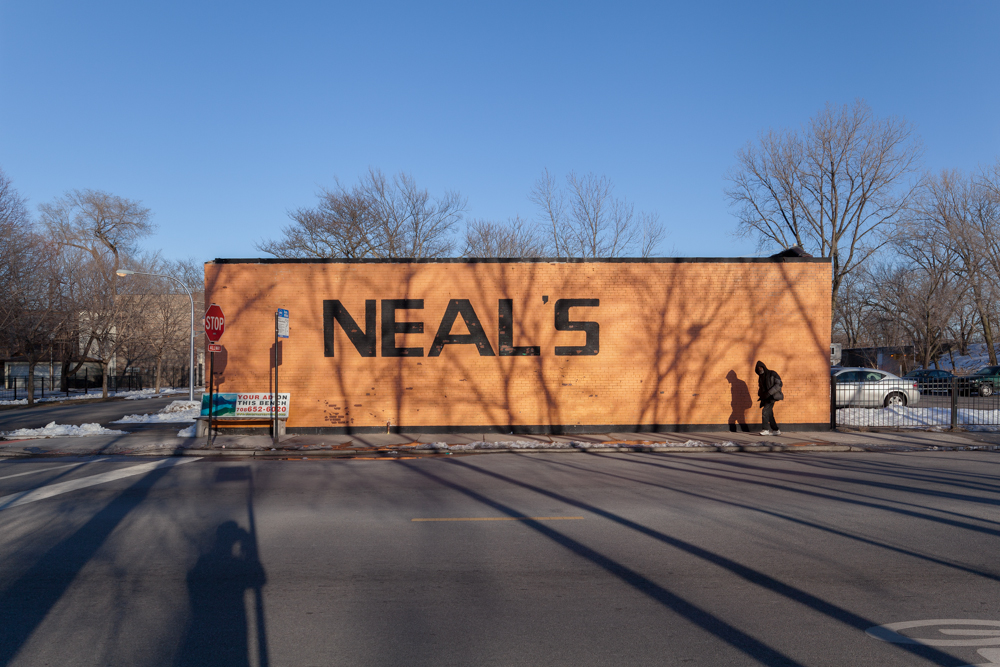