On view through Saturday, July 27th

The critical dynamic in this process is not a progression of tactical choices but an effort to make sense of the situation and to develop “a collective rationale, linking what is happening now to what has happened in the past and what needs to happen in the future” (Morley 1992:206). Development of such a rationale involves both cognitive and political events. The cognitive events involve individual efforts to understand what is happening. The political events occur because the parties are usually organizations in which “different people have different views”…

Through research into various characteristics of the neighborhood in which The Franklin is sited, the (ƒ)utility projects collaborative considers resonances and dissonances, present and potential, between a visual art project space and a rapidly changing and historically contentious part of Chicago’s landscape. In boundary transactions, (ƒ)utility retains the diagonal-line visual language of The Franklin’s distinctive skin while modifying the ratio of form to void; the wall panels will now correspond to current, block-by-block specifics within a three quarter mile radius of the site.

Within this new framework, (ƒ)utility projects considers the neighborhood’s possible future, asking how changing realities of occupancy and use will clash or align with existing ones. The collaborative is interested in the potential outcomes of this change and whom these potential outcomes serve; whether and to what extent there is an overlap between community residents and the visual art community drawn to The Franklin’s events, and how to visually sustain this conversation in a meaningful and cohesive way within the constraints and possibilities present in The Franklin as a project space.

(ƒ)utility projects begun in summer 2009 as an offshoot of Drawing Studio: Articulating Space, a course at The School of the Art Institute of Chicago, (ƒ)utilityProjects consists of Paola Cabal, Painting and Drawing and Contemporary Practicesfaculty, Michael Genge, designer at architecture is fun and recent SAIC Architecture alumnus, and Christopher Grieshaber, freelance graphic and industrial designer and recent SAIC Designed Objects alum. The group forged its working paradigm over the course of two major installations in the pedway open studio, a Department of Cultural Affairs Public Art Program space below the Chicago Cultural Center.

(ƒ)utility Projects officially debuted on March 19, 2010 with an exhibition at SubCity projects. They have since presented on their integration of electronic visualization and digital production methods at the 2010 “Vers10n” festival, in addition to designing an exhibition pavilion/intervention for Vers10n. (ƒ)utility projects was awarded a CAAP grant from the City of Chicago Department of Cultural Affairs in retroactive support of their debut project. Most recently, (ƒ)utility projects exhibited “CoLaboratory” alongside the collaborative EDJR. Accompanied by a catalog from Columbia College Chicago’s Glass Curtain Gallery in Chicago, IL, CoLaboratory was our 6th effort as a collaborative. 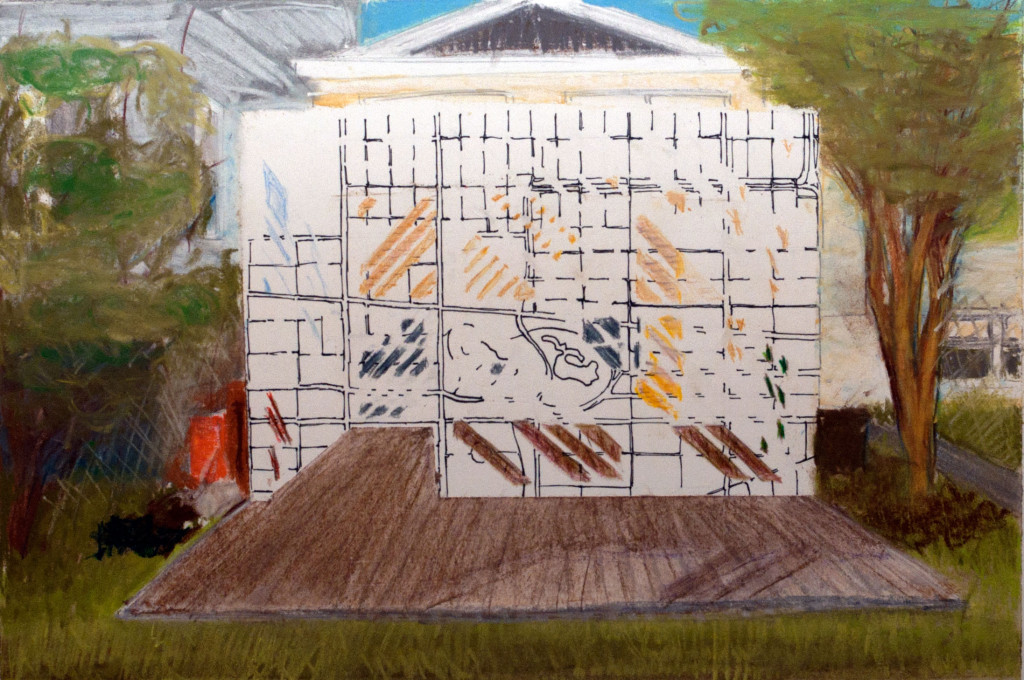