For 7 weeks, Juliana Pivato and Marc Couroux, the last resident artists at threewalls’ current space at 119 N. Peoria, have been conducting intensive sonic investigations in an attempt to capture the sedimented history of Chicago, and to temporarily harness its distinct affective profile through a slow density of conflated materials.

Unfolding throughout the evening will be a variety of projects that Pivato and Couroux have been working on throughout their residency—intercom performances, “anything melodies” and traveling conversations, slow fades between contiguous neighborhoods of extreme disparity, and a live radio show mixing incommensurable sources. The acoustically anomalous space of the gallery and adjoining rooms will be paid homage to, before threewalls moves on.

Visual work and performance documentation will augment the proceedings, including footage of the tumblebook intervention, episodes of an altered commercial series, large-scale drawing book projects and diagrams of nascent concepts. An evening of accumulations, singularities, short and long waves and dialogues unstuck in time. 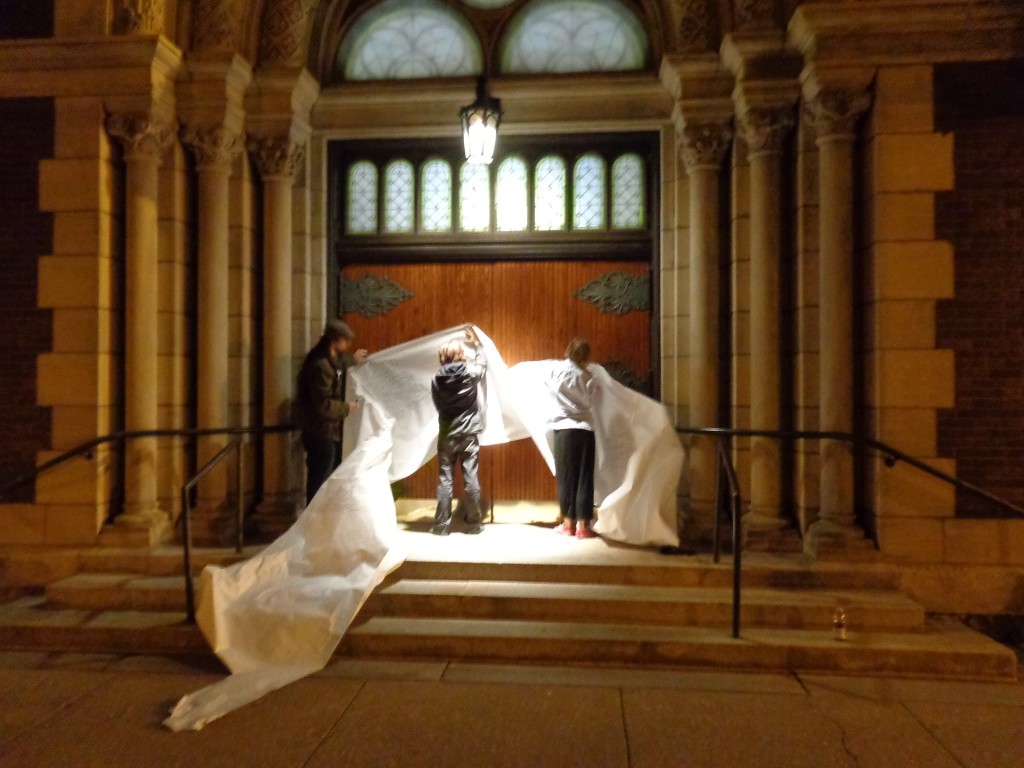