On view through Saturday, August 31st

Irving Klaw first distributed mail-ordered movie studio photos in the late 1930s and as the business grew, the content evolved to include pin-up, bondage and fetish photography. This attracted the attention of the government, which called the photographs sexually explicit and would later be ruled obscene by a Senate Subcommittee. In 1957 Klaw was barred from continuing any further ventures of this nature. Legal action forced him to destroy the majority of these negatives, however Paula Klaw managed to discretely save what remains today.

Irving’s sister Paula Klaw was the photographer for the majority of the images produced and Bettie Page was her favorite subject. Picture Page features Paula’s photographs in a different light, including outtakes and working shots. The viewer as voyeur paradigm shifts in these images and an insight into a personal relationship between artist and subject is revealed. The images take on a different tone with Bettie Page in a position of power and control, rather than their original intention of sexual objectification. Utilizing a contemporary lens, Paula’s photography seems distant from their initial context once declared obscene by a Senate Subcommittee.

Paris London Hong Kong is a private gallery founded by pillars of the creative community to provide a haven for collectors, scholars and enthusiasts. Curating world-class exhibitions, featuring works from luminaries of the 20th century as well as emerging and thought provoking contemporary artists, PLHK is an exclusive experience set to challenge and enhance the discourse of contemporary and 20th century art. 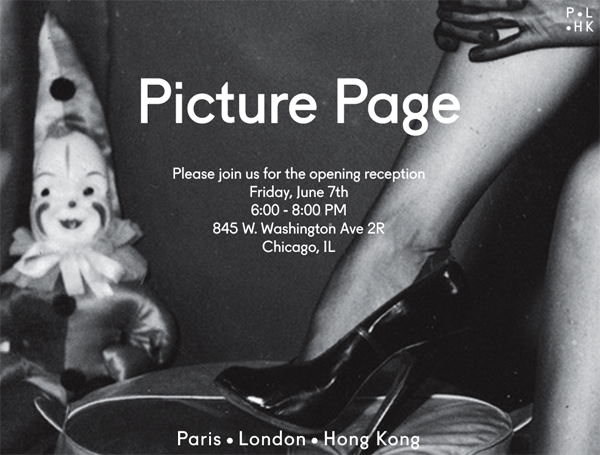