On view through Sunday, June 30th

Adds Donna is excited to welcome Johanna Braun and Michael Niemetz for their first US production of “The Chic Boutique,” a curatorial project addressing art and functionality.

The Chic Boutique Chic.Ago uses the Viennese tradition of applied arts as a jumping off point to transform Adds Donna’s contemporary white cube setting into a space that deliberately confuses form and function. However, since the works presented represent neither handicraft nor strictly design, the works retain something of their autonomous aura. The project seeks to demonstrate the impossibility of assigning these works to any particular genre and also to assert the fact that an artistic work cannot be confined to the narrow frame of a picture on the wall.

Developed in 2012, with two variations of the exhibition previously executed in Vienna, “Die Chic Boutique” has become a traveling concept. Curators Johanna Braun and Michael Niemetz attended the Academy of Fine Arts, Vienna and were artists in residence at The School of the Art Institute of Chicago in 2011. They live and work in Vienna. 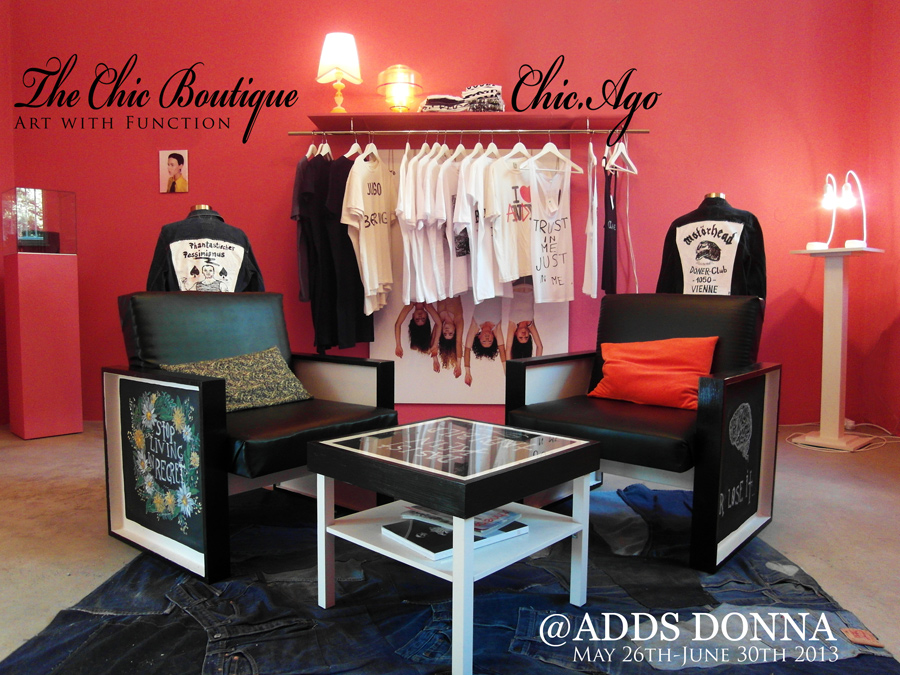