Jewish Graphic Design from the Talmud to Today

As “the people of the book,” Jews have always valued text and learning. But did you know that Jews were also innovators in the design and typography of all kinds of printed materials? In conjunction with Voices & Visions™ , join art historian Daniel Belasco for a wide-ranging presentation of Jewish graphic design highlights — from the Talmud to Milton Glaser — including discussion of how visual culture activates contemporary engagement with Jewish identity.

Dr. Daniel Belasco is the Curator of the Samuel Dorsky Museum of Art at SUNY New Paltz. Formerly the Henry J. Leir Associate Curator at The Jewish Museum in New York, he organized exhibits including Reinventing Ritual (2009) and Shifting the Gaze: Painting and Feminism (2010). A noted art critic, he publishes regularly in art and cultural journals and teaches contemporary art at The Jewish Theological Seminary. 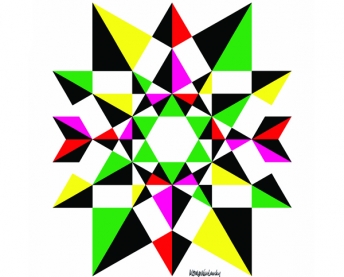