W/ dispatch is an exploration of the ancient and boring ways we used to communicate news, opinion, hope, hate, malaise and good cheer to each other—ways grown so rare that receiving a handwritten letter now elicits a faint surprise. The ease with which we can fire off emails and texts or to find information without citation is convenient and efficient, but of variable quality, and perhaps too slick by half. Remove the hand, remove the personal stake—that reflexive, tactile authenticity of thought and responsibility conveyed by the effort of writing. Digital is great, but something is lost from the shoebox to the cloud.

This project proposes you send a letter. Write a missive, a reflection, a plea or thank-you. Mail an object. Forward a family recipe. Pass down some information. Then come to Terrain and find something else—a package one day, a postcard the next. Use the Internet to tell your friends to get off the Internet, send a dispatch and receive the same.

Steinbrunner recommends enclosing an S.A.S.E. Who knows, you might just get something back.

JC Walk-Through-Winds Steinbrunner was born into the Seneca Nation in 1848 and entered Society after losing a footrace with a French-Canadian trappeur in the wilds of Buffalo. He became renowned for his fur-trapping skills. In 1864 Steinbrunner served with distinction as a scout in the Army of the Potomac, II Corps, leading the assault at the “Bloody Angle” of Spotsylvania Courthouse. He was awarded the Congressional Medal of Honor for saving the lives of twenty-eight men. He decamped for the Oregon Territory and established a chain of beaver-hair paintbrush manufacturies. In 1901 Mr. Steinbrunner was nominated Under-secretary of the Interior in the Roosevelt Administration, where he was instrumental in expanding the nascent National Parks system. He enjoyed speaking pidgin French, whistling and painting inconsequential artworks. He died in 1906, believing to the end that a good story beats the facts every time. He is survived by his wife, Amalie Porpoise-Rose Drury. 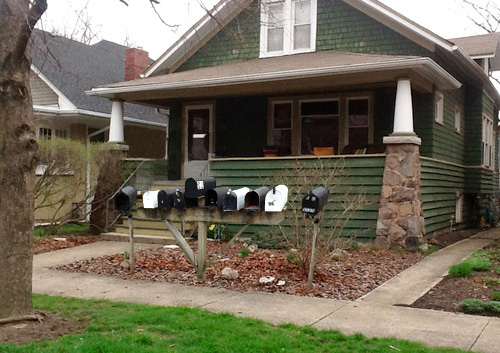