George Pfau will present a slideshow of diagrams, film stills, videos, and animations, drawing focus toward the zombie as a learning tool about identity and the ephemeral aspects of being human. Pfau treats the zombie as a window into the in-between, rather than as a sub-human “other” used to promote negative stereotypes. This project stems from Pfau’s essay entitled “Feverish Homeless Cannibal,” which is being published in the forthcoming book, Zombies in the Academy.

Jason Robert Bell, Mystical Rebel Outlaw Baddasss, whose Advance Thothic Practice in Theatomix will one day rule the world, is seeking volunteers to participate in a “multi-mystical” tarot card reading during the closing of Gallery 400’s exhibition, I THINK WE’RE READY TO GO TO THE NEXT SEQUENCE: THE LEGACY OF HALFLIFERS. Bell is seeking 12 individuals, one born under each sign of the zodiac, to bring their energies together and contribute to a tarot card reading utilizing Bell’s newly created White Feathered Octopus Tarot Cards. 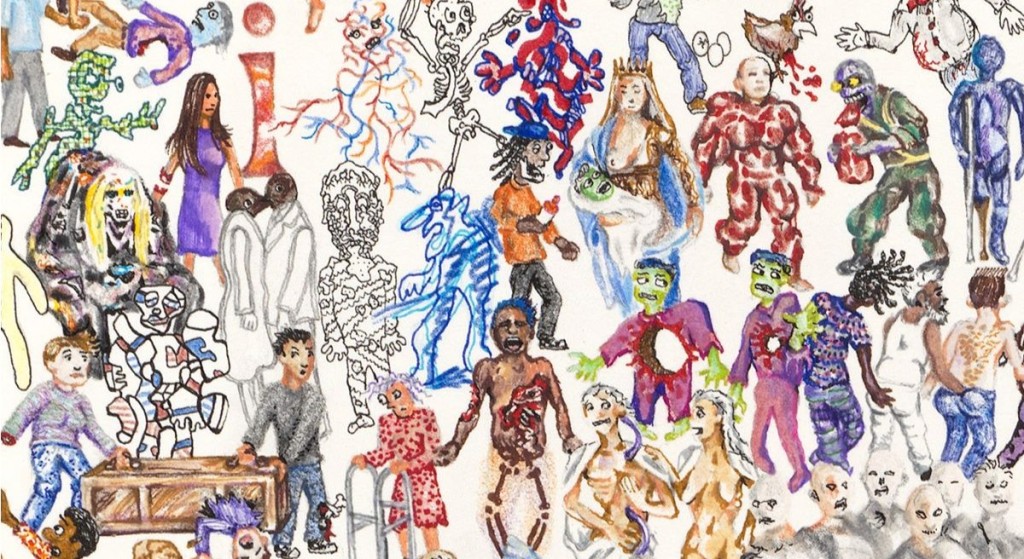