PSA Projects is going on the road! We are pleased to announce we are being hosted by the Loneliness Chapel at the Reva and David Logan Center for the Arts at the University of Chicago for a one night screening of Gavage by David Cordero. Both project spaces will host an opening reception for the public Friday, June 14th from 9 – 10PM.

Gavage is a 60-second video that explores the nature of practice and performance within the structure of forced participation. When thinking about supported autonomy, one must ask where motivation lies and if repetition in the pursuit of perfection is in fact obstructing ones ability to achieve full autonomy.

David Cordero (b. 1982) lives and works in Chicago, IL. Recent solo exhibitions include Manners in 2012 in Nashville, The Hedgehog’s Dilemma in 2011, and Grind in 2010, both at DOVA Temporary, Chicago. He recently participated in Prolegomena at Jack Hanley Gallery, New York and in Arte No Es Fácil, an ongoing collaborative project between artists in Chicago and Cuba. His work has been featured in Hunter and Cook, The Chicago Tribune and The Art Newspaper. Cordero was a teaching fellow at the University of Chicago, where he received his MFA in 2010. He received his BFA from the School of the Art Institute of Chicago in 2007.

PSA Projects is an exterior alternative project space that was started in September, 2012 by Casey Smallwood and Andrew Cantrell at their home in Logan Square. In June of 2013, PSA Projects will take its program of screening site-specific, time-based visual works of commercial length by emerging and established artists to various places in Chicago and beyond. The works will continue to be projected externally in public spaces, to be viewed within the time of walking, cycling, driving, or otherwise moving by the space. Both the space and the works explore a spectatorship situated between absorption and distraction, publicity and privacy, and movement and habitation. 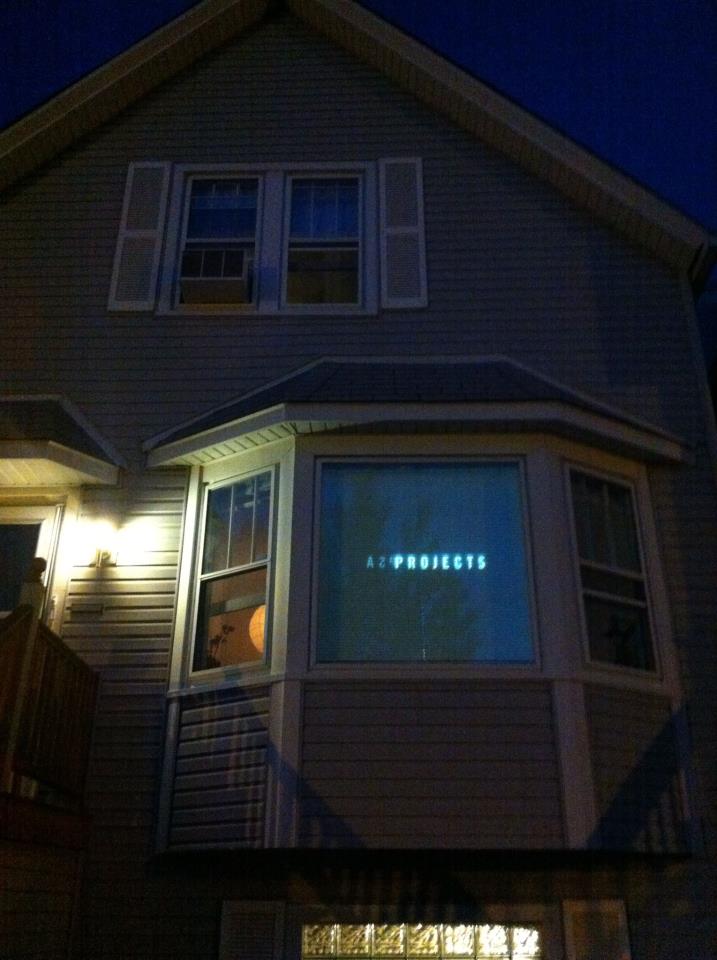