Please join us for our final show of the 2012-13 season at threewalls, and the final exhibition in our 119 N Peoria location.

In this, the second decade of the 21st century, it’s too soon to be able to pull back and identify the definitive aspects of this era. Perhaps it will be known for its idiosyncratic eclecticness, for a hodgepodge of digital-handicraft and self-published reality shows. Or perhaps it is moving toward the process of definition rather than an arrival at a taxonomy that will mark this time. It’s this journey of Binary Lore that brings together the work of Edie Fake and MSHR. Residing (when not touring) in Chicago and Portland, OR respectively, these next-level troubadours are creating songs and sounds, paintings and gifs, comics and installations, all in the service of understanding the mythological truths of the present in the dim screen light of history’s past.

A MODEST OCCUPATION: Curated by Abigail Satinsky, A Modest Occupation is a touring exhibition of artist subscription projects that opened at The Luminary Center for the Arts in St. Louis in March and will travel to Transformer in Washington, DC in September/October 2013. 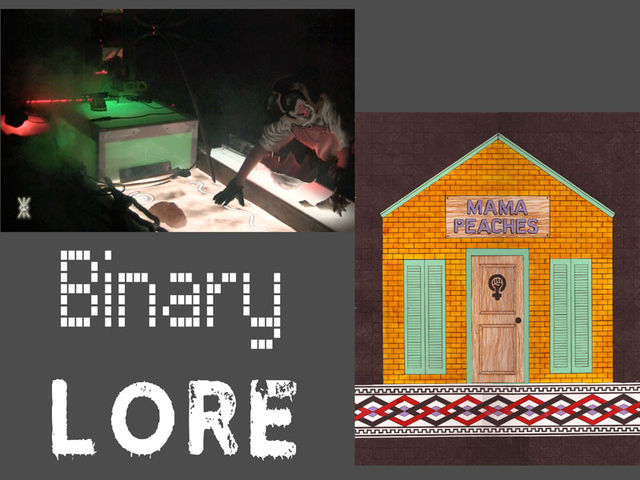