After a trip to Italy awarded by the Italian Expo, Renovar debuts a new collection inspired by art of the Italian Renaissance. The most noteworthy influence on the classical rebirth was the loyal art patronage of the Medici family. Lorenzo Medici founded the first school of arts in Florence, and brought Michelangelo his legendary prestige, granting him the title “Lorenzo the Magnificent.” The Fall 2013 show, “Rerenaissance,” explores parallels between contemporary culture and that of Florence during this period, such as apocalyptic paranoia and the return of diptych art.

The word “renaissance” was first used in the mid 19th century, signifying a “spiritual rebirth” or a revival of learning. The art of an empirical renewal is often the clearest expression of a sacred awakening. The artist, then, is a form of disciple, and their work a form of reliquary. The Renaissance was the first period in which the artist was recognized as a creative genius appointed by God. Art patrons of Florence caused a collective conception of art as spiritual practice.

A cultural movement is often designated long after a period comes to an end. “Rerenaissance” is a title for the present aesthetic. The show calls attention to contemporary art evangelism, relating it directly to the zeitgeist of the Renaissance. The collection draws from the opulence of the Medici aristocracy, to Papal silhouettes and biblical drapery. The new renaissance woman is both distinctive and demure, expressing a dichotomy of vain adornment combined with the iconographic purity of the Madonna. 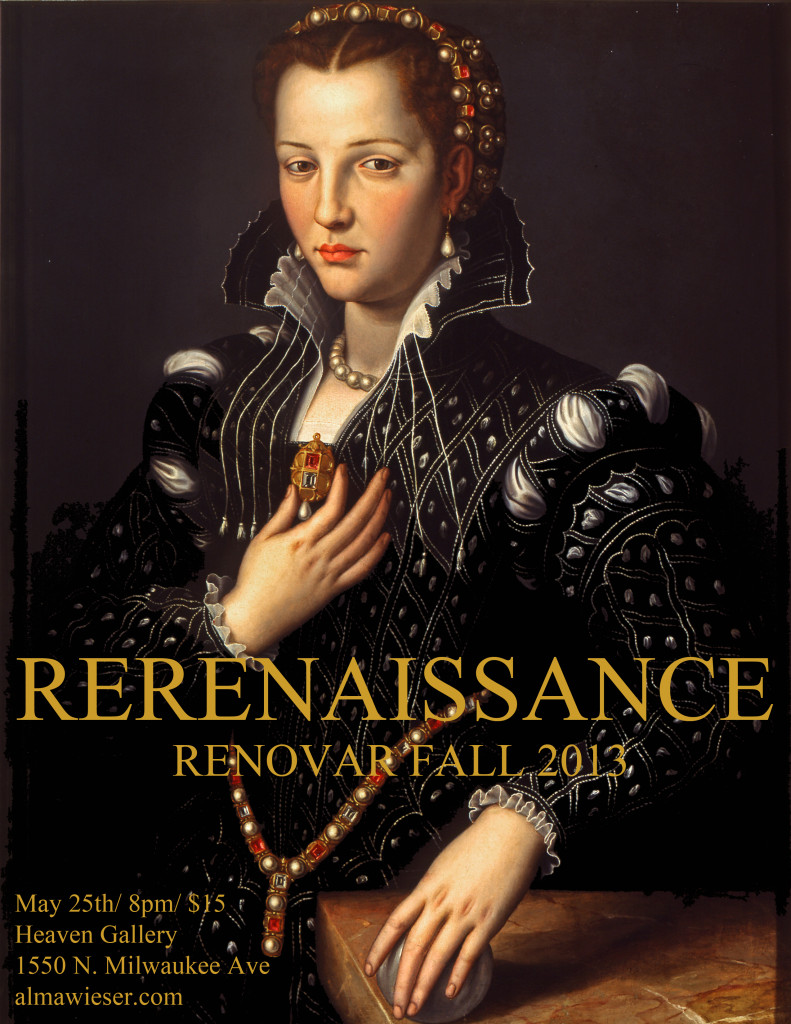