On view through Thursday, May 2nd

between arid ecstasy, radiant meditation and cruel hypnosis, DUCHESSES explores an unlikely dance, sovereign and prisoner from the most ancient game of humanity. the hula hoop, symbol of sexual liberation, becomes for the DUCHESS a choreographic device, instantaneous and incessant, without a past or future – a universal two wheeled vehicle.

MARIE-CAROLINE HOMINAL received a dance training at SCHWEIZERISCHE BALLETTBERUFSCHULE in ZÜRICH and at RAMBERT SCHOOL of BALLET and CONTEMPORARY DANCE in LONDON, where she joined for 1 year the NATIONAL YOUTH DANCE COMPANY. her choreographic works, mainly solos or duos, are: the tryptique; “fly girl“ (2008), “yaksu exit number 9“ (2010) & “voice over“ (2011). “BAT “(2012). the performances “patricia poses by the pop machine“ (2011), “ cindy punch pop acid“ (2011) & “in bed with MADMOISELLE“ (2013). besides, MARIE-CAROLINE HOMINAL regularly collaborates with other artists like FRANÇOIS CHAIGNAUD (DUCHESSES, 2009), CLIVE JENKINS (OPUS 69, 2009), CRISTIAN VOGEL (music video 1968 holes), KIM BONINSEGNI and recently with her brother the visual artist DAVID HOMINAL for the performance (two birds at swim, at birds two swim, at two birds swim, 2012). under the name MCH, she has made videos that were shown in numerous festivals in EUROPE and USA. since 1998 she has been performing with choreographers and companies such as the TANZTHEATER BASEL, BLANCA LI, GISÈLE VIENNE, GILLES JOBIN, LA RIBOT, MARCO BERRETTINI. she was also guest performer for HUMAN WRITES from WILLIAM FORSYTH and B.O.B from DICK WONG.

FRANÇOIS CHAIGNAUD, graduated from the CONSERVATOIRE NATIONAL SUPÉRIEUR DE MUSIQUEET DE DANSE (CNSM) in PARIS (2002). since then he has collaborated as a dancer with various choreographers such as BORIS CHAMARTZ, EMMANUELLE HUYNH, GILLES JOBIN,TIAGO GUEDES, ALAIN BUFFARD, DOMINIQUE BRUN. since 2004 he has shown several performances and concerts, among others “he’s one that goes to sea for nothing but to make him sick” (2005), “ussi bien que ton coeur, ouvre-moi les genoux” (2008). he’s involved in many collaborations, a.o. with swiss artist MARIE-CAROLINE HOMINALl (DUCHESSES 2009), with french model BENJAMIN DUKHAN, with cabaret artist JÉRÔME MARIN (sous l’ombrelle 2011) or with AMERICAN legendary drag queen RUMI MISSABU from the COCKETTES (based in SAN FRANCISCO). 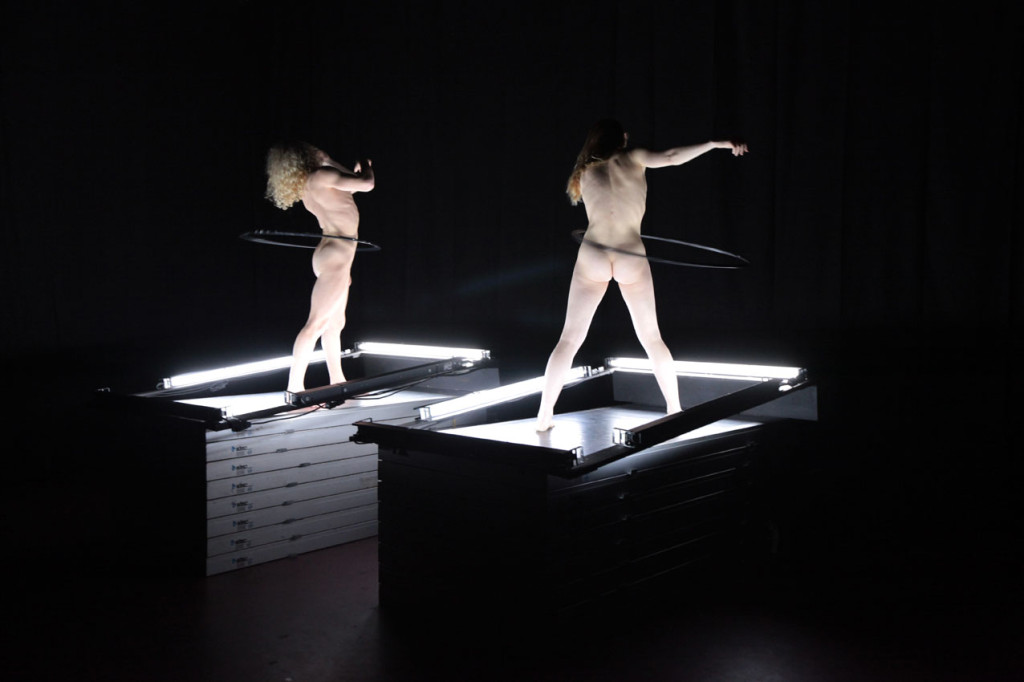