The Arts Club of Chicago is pleased to announce David Salle: Ghost Paintings, featuring selections from a series of previously unexhibited works made in 1992 by the artist known for his crucial role in the formulation of postmodernism. Salle (b. 1952), who lives and works in Brooklyn, NY, helped to reestablish painting as a central force in the 1980s, after a decade dominated by photography and new media. Salle’s reintroduction of painting, however, took intelligently into account those vanguard media precedents. The Ghost Paintings show photographic images printed on linen, of a woman creating improvised movements with a large piece of fabric, that have been overpainted with horizontal fields of intense color. The series thus represents the canvas of painting at three levels: as a photographic subject (the fabric in the dancer’s hands); as a readymade ground (the linen imprinted with photographs) and as a traditional surface for the application of paint. Moreover, Ghost Paintings strategically merges painting, photography, and performance to produce mysterious and lively works in the best innovative spirit of postmodernism. 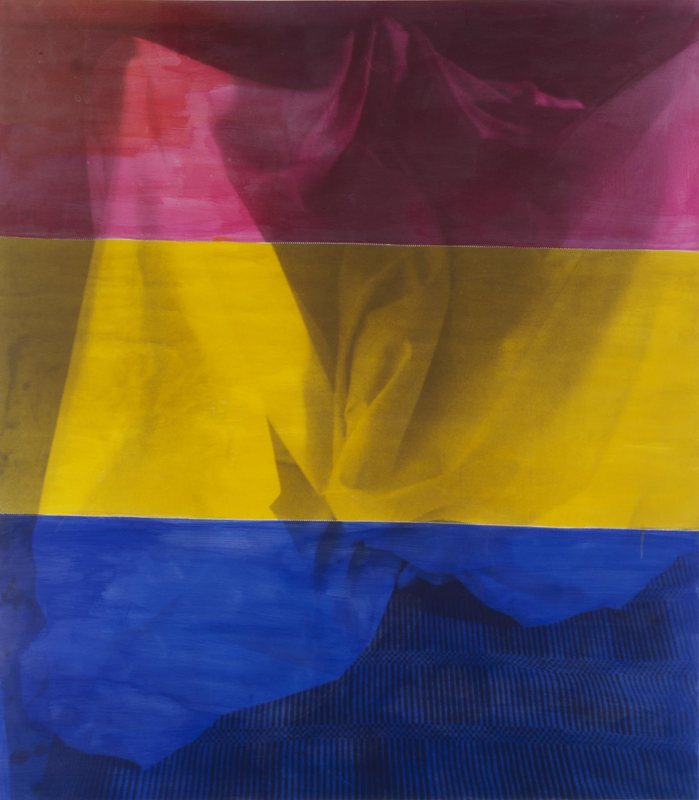