This exhibition represents points of culmination and crisis that overlap within the art-making practices of Amanda Elise Bowles, Daniel Giles, Esau McGhee, and Matt Morris. The intensive research with which they have been engaged during their tenure in the Department of Art Theory and Practice situates the resulting artworks in a climate of rigorous critical thinking and a negotiation of today’s art worlds. Variously reflexive, incisive and contemplative, this exhibition poses fresh lines of inquiry into material conditions that give shape to our present and future.

Amanda Elise Bowles is a project-based artist who works in performance, installation and video. Her practice demarcates the studio as site for transmission and transformation; this is foremost engaged materially whereby substance and action allow for the emergence of performative gesturing and language play. In her current project, My_Space, Bowles explores digital platforms as an amateur ethnographer, using the constraints of the website Chat Roulette as the space for chance encounters.

Daniel Giles is an artist whose practice negotiates the spaces, tropes and artifacts of black cultural production and addresses the mediation and consumption of cultural fantasies. Employing a range of practices, Giles addresses sites of consumer display, public spectacle and the aesthetics of protest. He received a BFA from the School of the Art Institute of Chicago in 2011.

Esau McGhee aka Blackdynamite considers himself a conceptual formalist. His transition from the conventions of urban documentary photography have lead him to produce large scale works that frame collage as a panoramic landscape. For McGhee the collision of imagery within severe grids results in a cinematic assault of both material as imagery and the image as material. He received his BFA from the School of the Art Institute of Chicago in 2005.

Matt Morris is an artist and writer who uses photography, installation and other interventions into space to articulate the cultural positionality of the queer political subject within imbricated systems of control. Through tropes of both subtlety and excess, Morris renders visible the complex erotics that underlie social landscapes. He has presented work in Chicago, IL; Reims, France; Cincinnati, OH; San Antonio, TX; and Baton Rouge, LA. His writing has appeared in regional and international publications, including Art Papers, Sculpture, City Beat (Cincinnati, OH), Alice Blue Review, and Aeqai, as well as numerous exhibition catalogues and artist monographs. He is a transplant from southern Louisiana and holds a BFA from the Art Academy of Cincinnati. 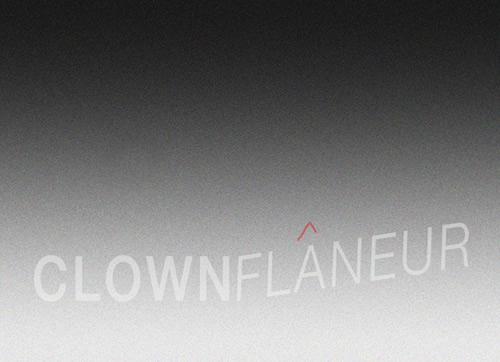