Trevor Paglen’s work deliberately blurs lines between science, contemporary art, journalism, and other disciplines to construct unfamiliar, yet meticulously researched ways to see and interpret the world around us.
Paglen’s visual work has been exhibited at the Metropolitan Museum of Art, New York; The Tate Modern, London; The Walker Arts Center, Minneapolis; The San Francisco Museum of Modern Art; the 2008 Taipei Biennial; the 2009 Istanbul Biennial; the 2012 Liverpool Biennial, and numerous other solo and group exhibitions.
He is the author of five books and numerous articles on subjects including experimental geography, state secrecy, military symbology, photography, and visuality. His most recent book, The Last Pictures is a meditation on the intersections of deep-time, politics, and art.
Paglen has received grants and awards from the Smithsonian, Art Matters, Artadia, the San Francisco Museum of Modern Art, the LUMA foundation, the Eyebeam Center for Art and Technology, and the Aperture Foundation.
Paglen holds a B.A. from U.C. Berkeley, an MFA from the Art Institute of Chicago, and a Ph.D. in Geography from U.C. Berkeley.
Trevor Paglen lives and works in New York.

Joseph Masco
Associate Professor of Anthropology and of the Social Sciences in the College writes and teaches courses on science and technology, U.S. national security culture, political ecology, mass media, and critical theory. He is the author of The Nuclear Borderlands: The Manhattan Project in Post-Cold War New Mexico (Princeton University Press, 2006), which won the 2008 Rachel Carson Prize from the Society for the Social Studies of Science and the 2006 Robert K. Merton Prize from the Section on Science, Knowledge and Technology of the American Sociology Association. His work as been supported by the American Council of Learned Societies, The John D. and Catherine T. MacArthur Foundation, The Wenner-Gren Foundation and the National Endowment for the Humanities. His current work examines the evolution of the national security state in the United States, with a particular focus on the interplay between affect, technology, and threat perception within a national public sphere. 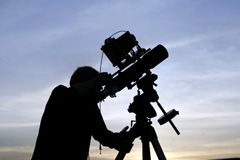