The Interlink Visiting Artist Program and the Video Data Bank are pleased to present Toronto-based curator Jon Davies. He will deliver a lecture to SAIC graduate students on Monday April 1st, 2013. at 12:15pm in the room 601 of the MacLean Center (112 S. Michigan). We hope that you will join us for this lecture.

Jon Davies
Jon Davies is a writer and curator based in Toronto. He is currently the Assistant Curator at the Oakville Galleries outside of Toronto. His 2011 exhibition Coming After: queer time, arriving too late and the spectre of the recent past, was a Critic’s Pick on Artforum.com. His writing has appeared in C Magazine, Canadian Art, GLQ: A Journal of Lesbian and Gay Studies, Animation Journal, Cinema Scope, and many other publications.

He has written book chapters on filmmaker Todd Haynes and artists Candice Breitz, Luis Jacob, Ryan Trecartin, and Daniel Barrow. He has curated numerous screenings for the artists’ film and video exhibitor ‘Pleasure Dome,’ as well as the traveling retrospective People Like Us: The Gossip of Colin Campbell for the Oakville Galleries. He also curated Ryan Trecartin: Any Ever with Helena Reckitt for The Power Plant contemporary art gallery, where he was the Assistant Curator. Davies’ extensive list of published writing and curatorial projects can be viewed on his website in the links section below.

Davies’s lecture will have a special focus on the research, planning, and execution of his exhibition Coming After. 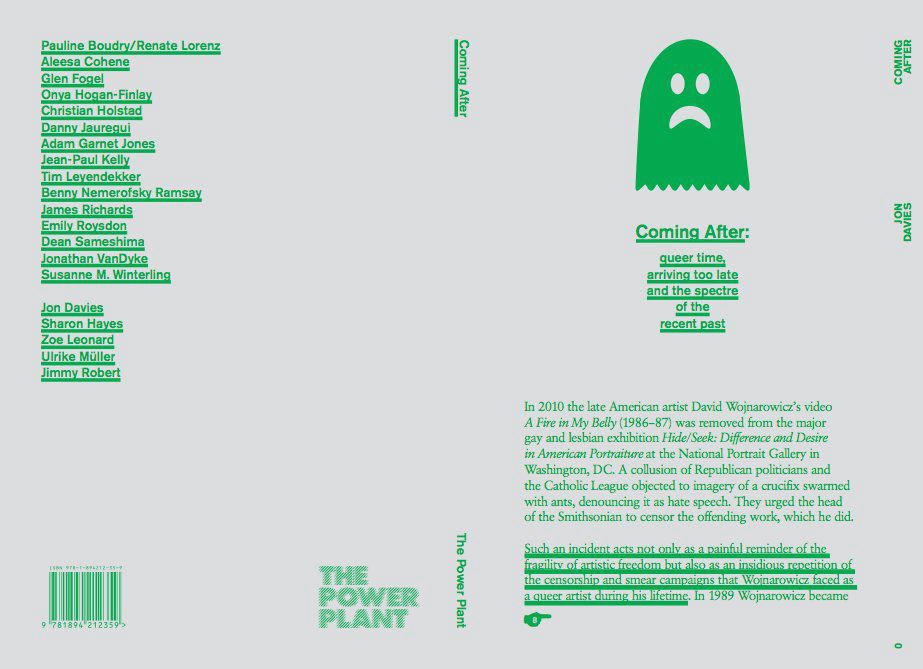