On view through Saturday, May 11th

At first appearing impersonal and cold, the paintings of Steven Husby display a highly individual approach. They are the product of an artist concerned with precision and permutation. Like many abstractionists working today, Husby takes painting as his subject. But that is just the starting point. The artist is concerned not with the meaning or purpose of painting but rather the construction of image. How are visual representations structured? What is the underlying mathematical logic?

Husby’s paintings look not only to the rich past of working methods along the lines of Agnes Martin and Ad Reinhardt with their monastic rigor and exhaustive variations, but also contemporary image culture. A precise geometric pattern of gradation relates as much to Albers and color theory as it does to algorithms used to compress information into 1’s and 0’s. Indeed the exhibition’s title is derived from a style of problem solving in computer science called the brute-force search. This simple but exhaustive algorithm systematically specifies every possible solution to a problem and checks whether or not each possibility meets the necessary criteria.

With a raw, brutish logic, the brute-force method plunges into a query much the way Husby exhaustively works through his explorations of painting. He explains, “I was thinking about the procedures I’ve been employing in the studio recently, as well as more obliquely to the sensibility I think informs my aesthetic choices, which bleeds a bit towards a kind of pop formalism…so not only brute force the method, but brute force as the force of ‘brutes,’ among whom I count myself.”

Steven Husby lives and works in Chicago. Solo exhibitions include RUBICON at Julius Caesar, 2011; we speak the way we breathe, Peregrine Program, 2010; the Museum of Contemporary Art, Chicago, 2007; and the Art Center College of Art and Design, Pasadena, California, 2005. Group exhibitions include Afterimage at the DePaul University Museum of Art, 2012; Bad Moon at Andrew Rafacz Gallery, 2008; and at The Suburban, 2004. His work has been written about on Artforum.com, ArtSlant.com, Art:21 Blog, in the Chicago Tribune, Newcity, and in the catalogs Afterimage and Can I Come Over to Your House? The First 10 Years of the Suburban. 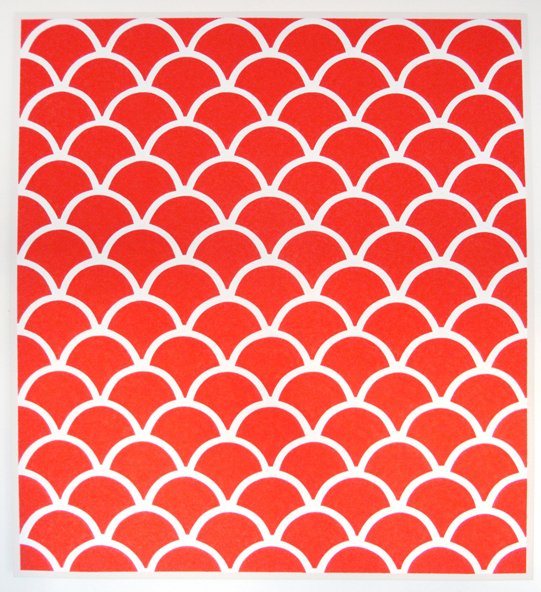