There are things we dread and rightfully so. Injury, war, disability. Emily Severance and Helmut Heiss expect neither a brave face nor positive thinking. But they each hold out for making something good in situations that seem only dreary. We can tolerate pain, isolation, disappointment and loss more easily if we can also find laughter and pleasure. Neither presumes that finding levity is the same as making the best of things. Laughing doesn’t resolve a root problem, doesn’t make pain go away, doesn’t return something lost. But it fosters humanity.

Emily covers mobility aids with exuberant landscapes. The utility of a walker is left intact, but it within a dreamy vacation vista. Beach and reef prevail, and there is a grand temperate climate to keep our view of beautiful nature well rounded. Her gesture generously offers access to places someone on crutches would struggle to go. But they find themselves inside a fantasy of being there. Continue through literary references and Emily reveals herself as a siren and a tormentor: she’s sung her song in yarn and lured her elderly sailor down to the watery depths.

Helmut studies the history of a place or a thing before redressing that history. He glosses over unflattering bits like a good pair of jeans, but in a way that gets you to see those bits more clearly. Maybe it has to be all niced up since he sends his art out into the city. People see his art who haven’t planned on seeing it. They may not know it is art, but it isn’t the same boring thing we dull our senses in order to stop seeing every day.

Helmut’s drone teases; it dares people. Or convinces. He is poking at a hornets’ nest, but he’ll jump at an opportunity to poke at something totally innocuous too. His aim is to get us to re-think things we think we already know.

Both Helmut and Emily really want everybody to think, be aware of the world around us, but they seek in a way that hopes we have a great time in the learning.

Helmut Hess lives and works in Vienna, Austria. He has exhibited throughout Europe and in the US including recent exhibitions in Los Angeles at Elephant Art Space, and Sea and Space, and upcoming shows including the 2013: Liste18, The Young Art Fair Basel on June 16 and 2013: Les Salaisons, Paris.

This exhibition is part of our ongoing partnership with ACRE. Helmut was a resident for their 2012 summer residency. It has also been generously supported by Austrian Federal Ministry for Education, the Arts and Culture. 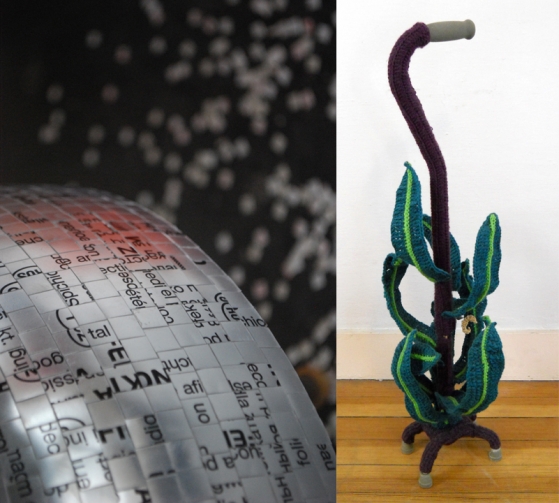