Chicago based artist Elsa Muñoz’s paintings that depict diverse subject matter from meditative portraits to moody landscapes are united by her use of stylistic realism, instilling a sense of masterfully balanced beauty and tension into each scene. Muñoz bases her paintings on her own photographic material in order to seize a temporary moment with its light or a certain pose and prolongs the initial sense of a subject by painting it as realistically as possible. Using painting as a more expressive means than just photography through her keen sense of design and mastery of the medium, Muñoz’s work captures the fleeting thoughts and feelings of a moment.

The varied subjects Muñoz portrays are often used as a cathartic means to cope and reflect upon personal fears or loss present in her life. With her often mysterious domestic scenes, it seems that an event has just transpired or an incident is imminent. Seemingly ordinary everyday subjects are given more significance, such as a vessel of water signifying the artist’s apprehension, and scenes appear to be instances fixed in time. In Muñoz’s paintings that lack any human presence, feelings of intrusion are often invoked within the viewer. It seems the onlooker is trespassing, but is given a window into these eerie yet beautiful scenes.

Muñoz’s recognition began within three years after graduating from the American Academy of Art, Chicago in 2006 with a BFA in oil painting. She states that her greatest achievement to date is having her solo exhibition Claro y Obscuro at the National Museum of Mexican Art in 2011 and having the painting “Drifting Sun” being acquired as a part of the museum’s permanent collection. Overall the artist says, “My philosophy is pretty simple. I paint what I know, what I think about, and what I want to live with. I don’t pay attention to trends, but instead what feels real and beautiful to me.” From her expert touch in natural scenes and still life arrangements, to her acute sense of the human form expressed in her personal portraits, Elsa Muñoz has an exceptional ability to instill a sense of intimacy and simplicity into her distinctive work.

“What makes her so special? Some of it is deft touch, most obvious in her nocturnal scenes of tropical foliage since those touches are so few and so dramatic. And some of it is her sense of human form that is strong but not stiff, full but not puffy, casual but not limp. But overall, it’s a vision that borrows heavily from the Spanish Baroque, though more gentle, less somber, in a world that feels both profound and elegant, but also accessible. Where Zurbarán would paint Christ suffering on his cross, Muñoz paints the pattern of crosses made by the wooden beams that support a typical stack of Chicago back porches. Where Velasquez paints either aristocrats or peasants, Muñoz paints young women like herself, from the neighborhood.” 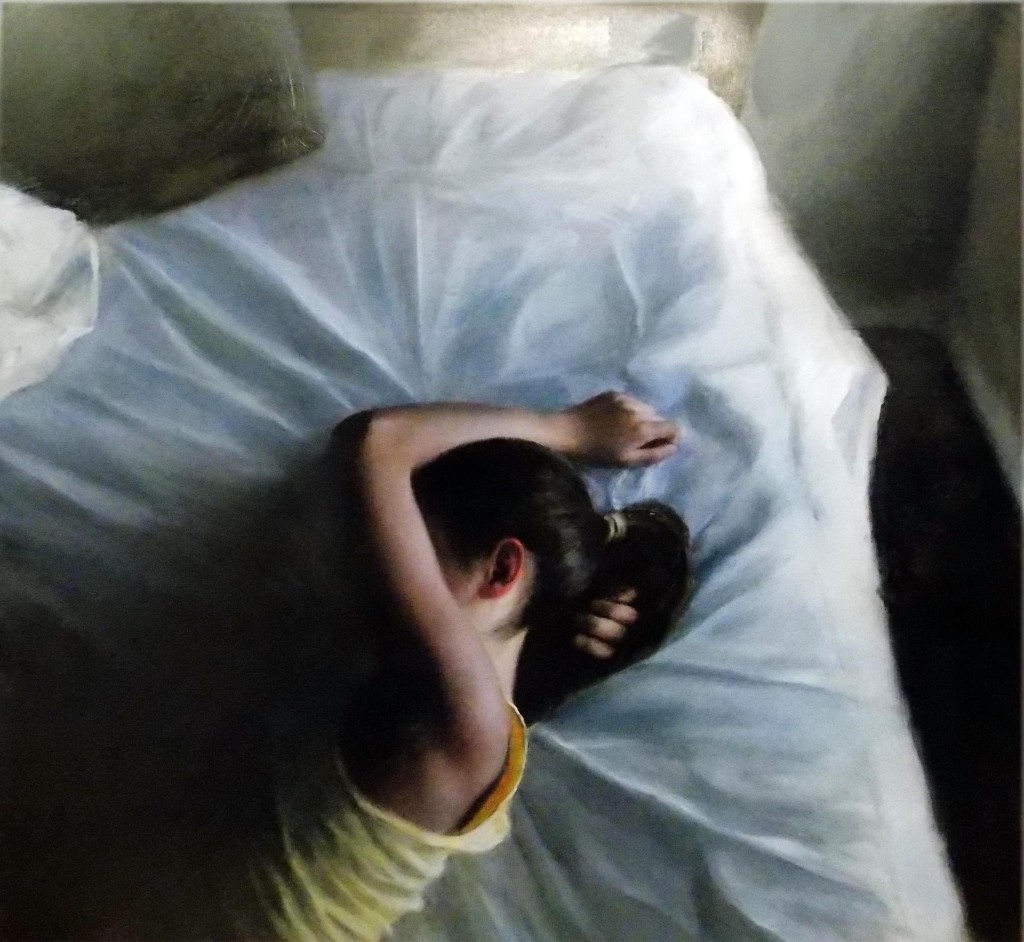