David Hartt: for everyone a garden

On view through Saturday, May 11th

Corbett vs. Dempsey is pleased to present for everyone a garden, an exhibition of new work by David Hartt.
In his first show at Corbett vs. Dempsey, Hartt commandeers the gallery space, introducing three large glass sculptures, a diptych based on two of his drawings, and a single photograph. The impetus behind for everyone a garden is Hartt’s research into utopian architecture, in particular the work of Moshe Safdie, the architect whose 1974 book lends its title to the show and whose work includes Habitat 67, located in Hartt’s city of origin, Montréal. A recurrent off-oval form drawn from the “juxtaposable cellules” of architect Jean-Louis Chanéac is referenced in the stacked, hand-blown glass modules of Hartt’s sculptures, the structures referenced in Hartt’s drawings, and the various supplementary images in the extensive exhibition catalog, itself an intrinsic part of the installation. This ambitious, subtle, and defiant installation builds on Hartt’s ongoing line of inquiry into the shape and nature of ideology.

Although he is known as a photographer, Hartt’s work extends conceptually and materially beyond the medium. His investigation of the political and social ramifications of design and architecture, which is an emphatic component of his photography, has led him to consider installation, video and sculpture. In Stray Light, Hartt’s 2012 show at the Museum of Contemporary Art, Chicago, which travels to the Studio Museum in Harlem, NYC, and the Henry Art Gallery, Seattle, he explored a vision of the Johnson Publishing building, using large scale color photographs, an elegant video with soundtrack by jazz flutist and composer Nicole Mitchell, and a carefully plotted installation with a sculptural object, custom made carpet and a détourned high-design couch.

David Hartt (b. 1967, Montréal) currently lives and works in Chicago. He graduated with an MFA from the School of the Art Institute of Chicago in 1994. His exhibition Stray Light opens at the Studio Museum in Harlem in March 2013 and will travel in the fall to the Henry Art Gallery, Seattle and in 2014 to the Carnegie Museum of Art, Pittsburgh. He has had solo exhibitions at the Museum of Contemporary Art, Chicago (2012), Golden Age, Chicago (2011); Howard House, Seattle (2009); Deven Golden Fine Art (1998, 1997); Andrew Kreps, New York (1996); L’Observatoire-Galerie, Brussels (1995); and Ten in One, Chicago (1995). In 2012 he was named a United States Artists Cruz Fellow. He is a 2012 recipient of a Louis Comfort Tiffany Foundation Award.

A full-color, 60-page magazine—designed by James Goggin, and with an essay by John Corbett—accompanies the exhibition. 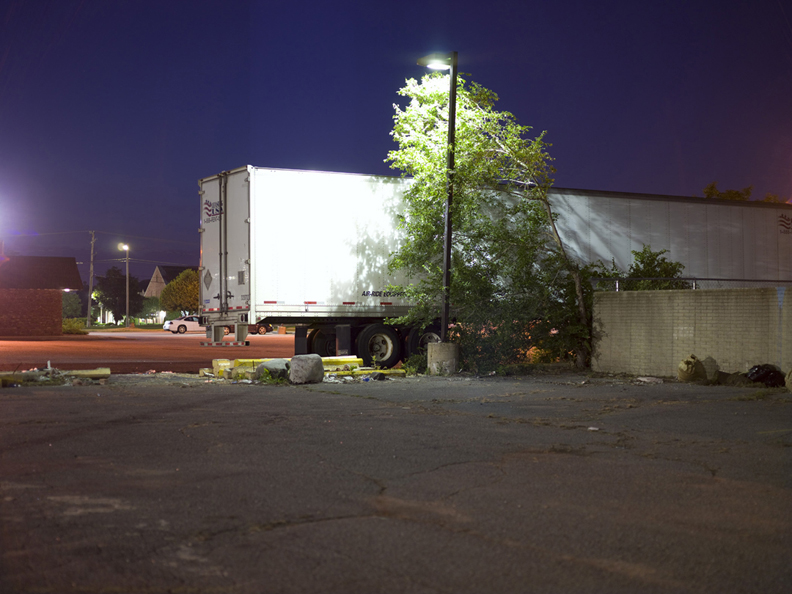