At first glance, Keelan McMorrow’s paintings seem decidedly figurative. Well-rendered articulations of life and limb are at focus, altogether vibrant and encapsulated, and the artist knows his craft well enough to make you believe it. But these aren’t your average portraits, and the renderings stop once we’ve been led to believe in them: What, after all, are these figures doing here? The overall effect is almost hieroglyphic in nature, as the spaces that weave themselves around such recognizable things as human flesh become liquid and rigid, pensive and bold. Light seems to reflect from within them, like stained glass windows, and maybe there’s something familiar there, as well, as McMorrow attempts to turn the mundane into archetype. Not that there’s anything particularly new in that attempt, but for all intents and purposes McMorrow is an innovative painter. He’s as much an adherent to the abstract as of realism, and the duality is reconciled – it makes sense. And somewhere along the way, some lines become broken.

‘Breaking The Line’ is an exhibition of work by the artist that highlights just these attempts, at convergence and array. Some of these works seem nearly architectural in nature, others burst like ruptured paint cans; a few even incorporate electrical light sources installed within the pieces themselves – synthesized ambience, within and without – experimental but rooted in the Western tradition of craft and composed diligence. ‘Breaking The Line’ runs through the weekend of April the 26th, at R. Hanel Gallery in Chicago, 119 N. Peoria, # 3 A. 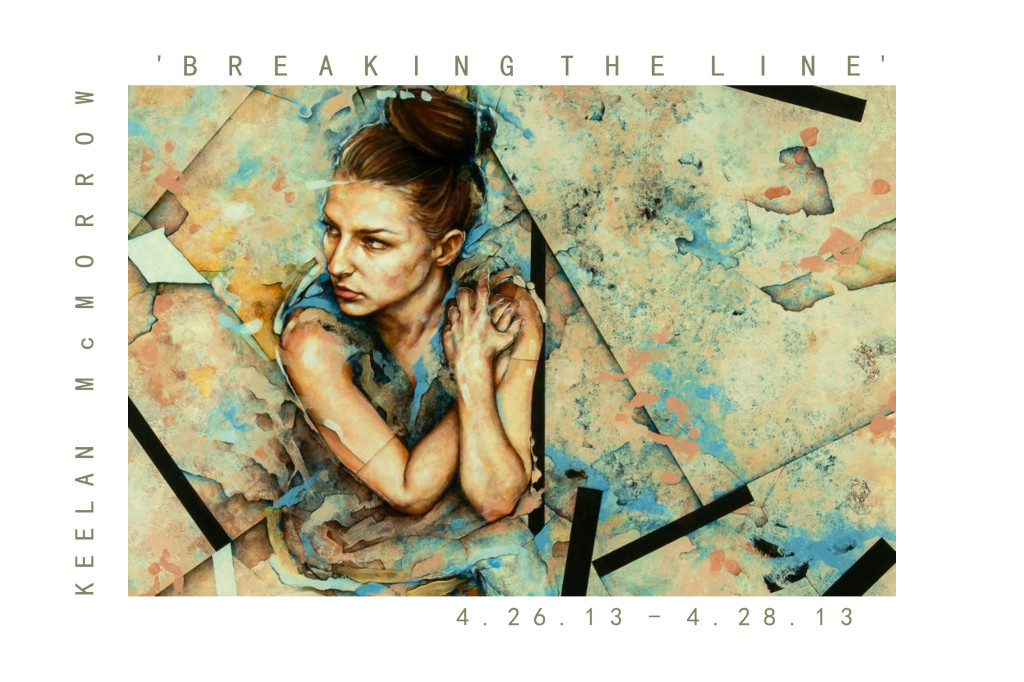