65GRAND is pleased to present You-Ni Chae: Motif Painting, the artist’s second exhibition with the gallery.

In her earlier work, You-Ni Chae eagerly adopted Western ideas about painting, shying away from her identity as an Asian female. But after confronting a breadth of Western Modernist painting, Chae’s interests have become more focused. Having painted her way through the dilemma of Late Modernism, Chae has arrived at her own cultural heritage. The artist is equally uncomfortable with the way traditional Eastern approaches to painting in China and Korea are used to celebrate identity. For Chae the idea of finding an Eastern aesthetic and identity is unfixed and undefined. It is not an ambitious program for social change, “but practicing a small truth for myself,” she explains.

Chae maintains that, “painting is a highly Westernized language,” so what better way to assert her identity as well as freedom from rigid tradition (both Eastern and Western) than through painting? The artist has found conceptual and formal inspiration for this in Korean Buncheong ceramics. In the 15th and 16th centuries this type of stoneware was used by the aristocracy and the commoners alike. Not forced to adhere to a specific ideology or serve a certain social class with their wares, the makers of Buncheong had the freedom to explore. Chae is drawn to their subtle wit and humor. Like the paintings on view in the exhibition, Buncheong ceramics display a careful hand, at once controlled and open to impulse and improvisation. It is in the recurring motif of nature found in the ceramics that Chae has established not only a connection to her cultural identity, but a relationship to Western Modernist ideals.

You-Ni Chae was born in Daegu, South Korea. She lives and works in Queens, New York. She earned her MFA from The School of the Art Institute of Chicago in 2008. In addition to her exhibition The Midnight Conundrum at 65GRAND in 2011, Chae has also had solo exhibitions at Julius Caesar Gallery and the Contemporary Art Workshop, both in Chicago. 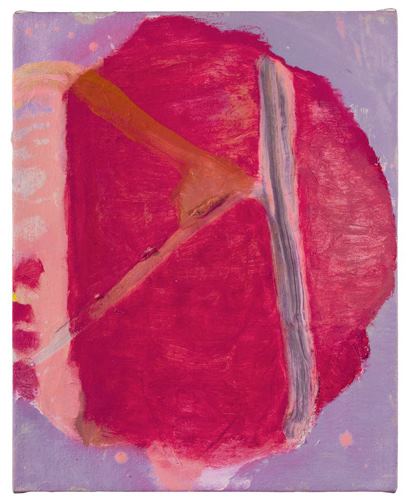