On view through Saturday, March 16th

“Dissecting Art, Intersecting Anatomy: Merging Contemporary Art with the Works of Pauline Lariviere” will be on display at S3 Gallery, 1907 N. Mendell St, Suite 4-H, Chicago, from Saturday, March 9 to Saturday, March 16, 2013. Public hours include the exhibit opening and reception from 6 to 10 p.m. on March 9 and also noon to 4 p.m. on Sunday, March 10. Other hours are by appointment. Admission is free.

In addition to original art by Lariviere (1906-1988), a French-Canadian artist influenced by Picasso, the exhibit will showcase approximately 50 recent cutting-edge works in an anatomical vein by more than 20 rising and established artists and illustrators from across the U.S. and overseas working in diverse media.

All of the pieces on exhibit are for sale, including those by Lariviere.

The show will include 10 of Lariviere’s original oil paintings, which were reproduced as anatomical charts for medical classrooms and offices. Also on view will be 20 photographic glass plates of Lariviere’s illustrations used in the print production process.

“Her unique use of abstraction was new to the realm of anatomical art,” Schalekamp says. “She used it to convey dense medical information through visual symbols that are easy to grasp. Her departure from realism was controversial, but it was highly successful. Her style is still used in medical illustrations today.”

The contemporary artists in “Dissecting Art, Intersecting Anatomy” work in media ranging from oil, pencil, watercolor, acrylic, and photography to sculpture, furniture, video, human hair, and chocolate. Their work has appeared in solo and group shows and in publications.

Schalekamp says some of the pieces were created expressly for the show. Others are existing pieces that extend Lariviere’s pioneering work in applying modern art techniques and perspectives to science illustrations.

The following U.S.-based artists will be represented in the show:

International artists will include

Lariviere’s work appears in editions of Grey’s Anatomy and in numerous medical and nursing textbooks. A 1942 profile of Lariviere in the Montreal Standard said, “Streamlining kidneys and glamorizing intestines, while emphasizing their detail like a scientist, Miss Lariviere has obtained international fame.”

Some of her original works for Denoyer-Geppert were exhibited on Chicago’s Navy Pier in June 1948 during an American Medical Association conference there. Chicago Tribune writer Eleanor Jewett observed, “Three beautifully presented anatomical charts by Pauline M. Lariviere . . . are of the greatest consequence. . . . The charts are painted in oil and are truly remarkable.”

The Baltimore Sun profiled Lariviere in June 1950, noting that she “is pioneering a new type of medical art.” The newspaper said she creates charts “which not only are edifying and accurate, but are aesthetically pleasurable.”

Schalekamp of S3 Gallery says he discovered Lariviere’s work while browsing in a Chicago science surplus store, where he came across a set of glass printing plates. He bought the plates and later acquired a set of Lariviere’s original oil paintings from Denoyer-Geppert, where they had been in storage for decades. Intrigued, Schalekamp began researching Lariviere’s life and work and delved deeper into the field of medical illustrations and models. 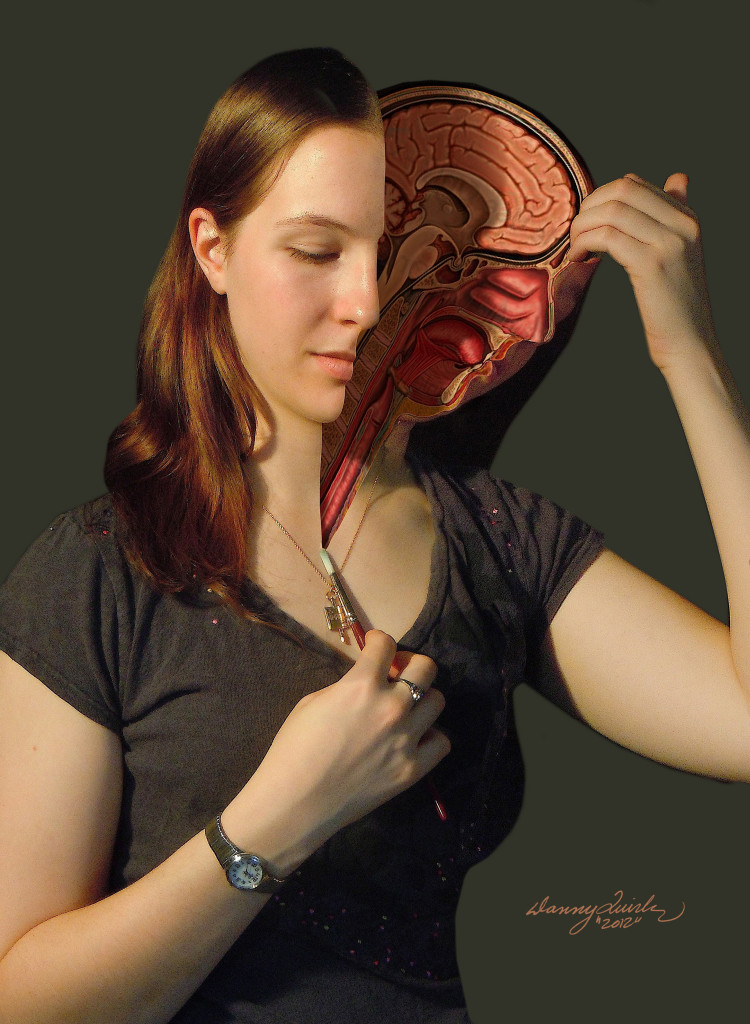