On view through Friday, April 19th

The President’s Gallery presents a two-person exhibit by artists Danny Augustine and Willy Chyr titled “Parallel/Parallax”. Both artists use structured processes in their artworks that lead to unanticipated forms and color.

Augustine’s rich paintings are abstractions yet specific explorations into his personal lexicon of colors, shapes, and lines. While they begin with a random splash of ink or water, they may evolve to interpret his mother’s Schizophrenia then shift to portray his inner landscape converging with the 24-hour stream of world news updates.

Willy Chyr’s sculptural installations of colorful balloons also take shape by chance. The creative building process of the pieces accounts for human and material variables as the balloons are inflated. For this exhibition, documentation of the large scale installations is on display from two different perspectives – photographs to capture the ephemeral pieces in a time past, and the colorful burst leftovers. Evoking confetti swept up after a party, it is a fitting end to the dynamic creation of Chyr’s works.

The Department of Art and Architecture will also host Willy Chyr as a visiting artist on Tuesday, March 12th. Chyr’s workshop and lecture will be held from 9:30 – 12:00 p.m. in room 829.

All events are free and open to the public. For more information, call the art department, (312) 553-5738, or visit pedestrianproject.org

Danny Augustine began his artistic career as the founding member of the visual art major at Alderson-Broaddus College and later earned his B.F.A from The School of the Art Institute of Chicago in 2010. His first painting was exhibited in the West Virginia Governor’s Juried Exhibit held within the state’s museum. Shortly afterward, Danny was juried into the annual catalog New Art International by Book Art Press. He has participated in numerous exhibitions on a national and international level. Most recently, he had the honor of being named one of the most compelling artists in an international competition, Year In Review. Danny’s work is a means to express his thoughts, feelings, and emotions. He works intuitively focusing on these feeling to create textural environments using color, line and space. He considers his work an internal expression of the world around him. He is currently based in Chicago.

Willy Chyr is an artist working at the intersection of art and science. His work spans a variety of media, including web, print, and installation. Drawing inspiration from both cultural artifacts and scientific knowledge, he creates platforms and systems that replicate processes found in nature. A recipient of the Midwestern Voices and Visions Award, Willy is a past artist-in-residence of the Bemis Center for Contemporary Arts and the Lawrence Arts Center. He has received commissions from Beck’s, AOL, and the Wormfarm Institute. Most recently, he designed the entrance exhibit for the Interior Design Show in Toronto. His work has been featured in a number of publications and media outlets, including TIME, Elle, and the Toronto Star. Willy holds a B.A. degree in Physics and Economics from the University of Chicago. While a student at the University, he joined Le Vorris & Vox Circus and performed as a juggler, unicyclist, and magician. It was during his time in the circus that Willy learned how to twist balloons. He is currently based in Chicago. 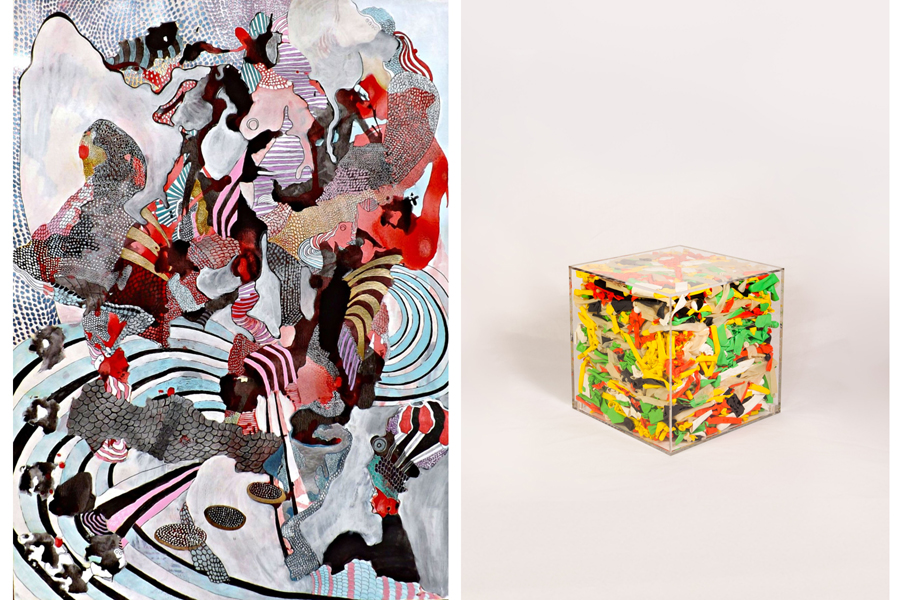