Michael Ian Larsen: The Tree, the Gift, and the Amphibian

On view through Sunday, April 7th

The artist recently found a small photograph of himself at what appears to be age four or five. He is looking up at the camera, squinting because of the sun, and holding a small amphibian, likely a toad, possibly a frog. He is not smiling but is clearly very content with himself and the amphibian. You get the idea that if the animal had teeth he might be even more content. The amphibian is held earnestly in a gesture of offering, a gift for the cameraman or woman, and possibly to anyone who might be lucky enough to come across the photograph.

This gesture strikes the artist as a fairly accurate metaphor for his way of working — chasing down some animal or small pleasure, handling it for a while in an attempt to understand it, and then showing it to someone who he believes might be interested, and possibly impressed with his skill and tact at capturing the creature. Hopefully that animal will not have died somewhere along the way from over-handling or neglect, though these things happen from time to time. While the modes of presentation may have become slightly more sophisticated, the original gesture remains mostly intact and can perhaps provide the viewer with a way to approach the exhibition, which will consist of a number of objects and several sets of hands.

Michael Ian Larsen is originally from Nebraska and is currently pursuing an MFA at the School of the Art Institute of Chicago. 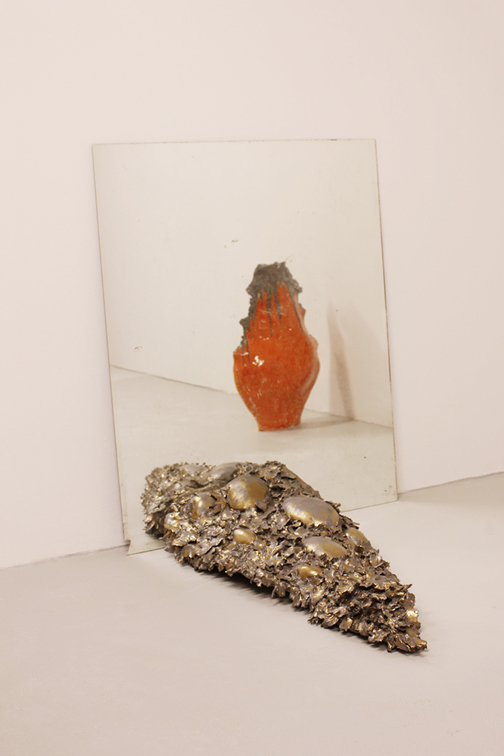