Apophenia, loosely defined as locating meaning within random data, is the symptomatic byproduct located within the new pieces of Jade Boyd and Nicole White. Their practices and processes become acutely impacted as the artists allow for the unpredictable to enter their work. Through the act of letting go, the resultant pieces raise multiple questions surrounding the current state of their mediums, how the glitch or mistake can allow for new translations of information, and how belief effects what is “seen.”

Boyd’s video pieces are constructed from film snippets, television shows, and her own videos. Through a very intentional colliding of signals, the various analog fragments are merged into a whole. Disruptions on the surface become ingrained into the pieces, creating space for interpretation.

In White’s work, the disruptions are created by her body, but are not made by her hand. White is working with an aura photographer* to produce a series of portraits. Each unique image is a dual portrait, one that simultaneously obscures and reveals. The images are a clear rendering in two visual modes that then are deciphered to create a third, written portrait. The works in this exhibition ask the viewer to reconcile what they are willing to believe. The slippages and cracks produced become a site for reinvestigation.
__

Jade Boyd’s work is concerned largely the metaphysical and supernatural, and how these forces are interpreted and manifested in the natural world and through technology. Jade has a MA in Fine Arts from The Oslo National Academy of the Arts, Norway (2010), and a BA Honours 1 from Sydney College of the Arts, Australia (2005), where she will begin her PhD this March. Jade’s recent performative installations: onboard the HMAS Diamantina, Brisbane, Australia for Otherfilm Festival’s Siege Mentality (2012), at Kunstplass 5, Oslo, Norway in Map Breeding Myths (2012), and ELECTRIC DREAMS (after La Monte Young, Brion Gysin, Phil Oakley) with Joel Stern at Upominki, Rotterdam (2012). Her video for Ekoplekz’s Uncanny Riddim was included in a compilation featuring works by Daniel Lopatin and Modern Witch for Club Transmediale’s Ghosts Off the Shelf exhibition at Kunstraum Kreuzberg, Berlin (2012). Jade has performed live video pieces at Unsound Festival New York (2011) and Krakow, Poland (2010), in London’s Vision Sound Music Festival (2011), and at the Rue Morgue Festival of Fear in Toronto (2012), collaborating with Composer/Sound Designer Alan Howarth, who she performed with at Antigel Festival in Switzerland on February 7th, 2013.

*The aura photographs were taken and translated by Dianne Reddington at Attune Aura Photography. 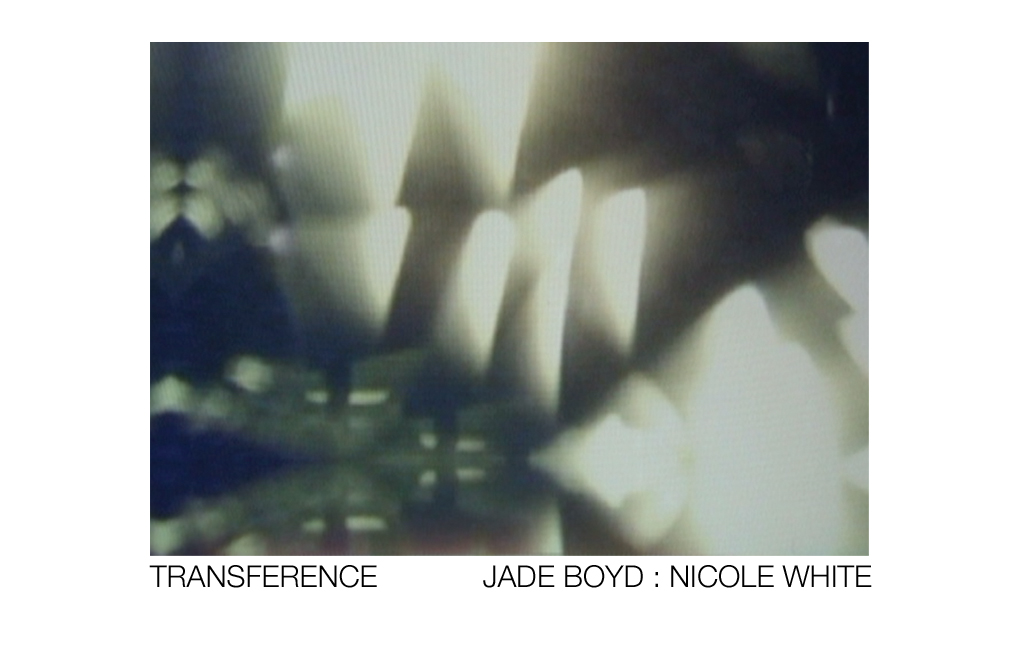