On view through Thursday, May 2nd

In light of Georg Baselitz’s highly public, recent and unfortunate comments, HAUSER Gallery feels it imperative to showcase a group of emerging female artists that are blowing most of the work we regularly encounter out of the water. This selection of artists are making fully objective and relevant work that not only separates them from the categorical of a ‘woman artist’ but also engages in confident discussion of our shared sexuality. HAUSER Gallery feels it absolutely paramount to protest the stagnant progress of the women’s movement, holds itself responsible for the lack of progress, and invites others to explore the full range of work out there made by people that are not white men, and whose work is to the greater benefit of consciousness as opposed to being solely concerned with discussing their lack of representation or lower pay grade.

The story goes like this – at birth, Atalanta was cast into the mountainous wilderness because her father wanted a male son. There, she was suckled by a bear, raised by wild animals, and hunters, and came to be one of the strongest, fastest, and happiest mortals in the land. She took an oath of virginity to the goddess Artemis, a goddess who was later forgotten by the King at a sacrifice and in return sent a wild boar to ravage the King’s village. Atalanta heroically re-joined her people in the hunt and was the first hunter to pierce the animal. Having hence gained her people’s respect, her father insisted she marry, and despite her disinterest she agreed – on condition that her suitor beat her in a footrace, and all losers be put to death. Hippomenes was victorious only in that he was aided by Aphrodite, who gave him three golden apples to cast in front of Atalanta during the race. They married and were later punished by being turned into lions when either Hippomenes did not pay Aphrodite her due respect, or after they made love in one of Zeus’ temples (accounts vary). At the time it was thought that lions could only procreate with leopards, thus separating the two lovers forever, and removing Atalanta from her glory…

Please join us for our opening reception, March 23rd, from 6-9PM at 230 W Superior (entrance on Franklin). Expect a goddess-worthy mountain of small bites and amazing whiskey from Journeyman Distillery. Exhibition runs through May 2nd, 2013. Gallery is open Tuesday – Saturday from 11-5 and by appointment. 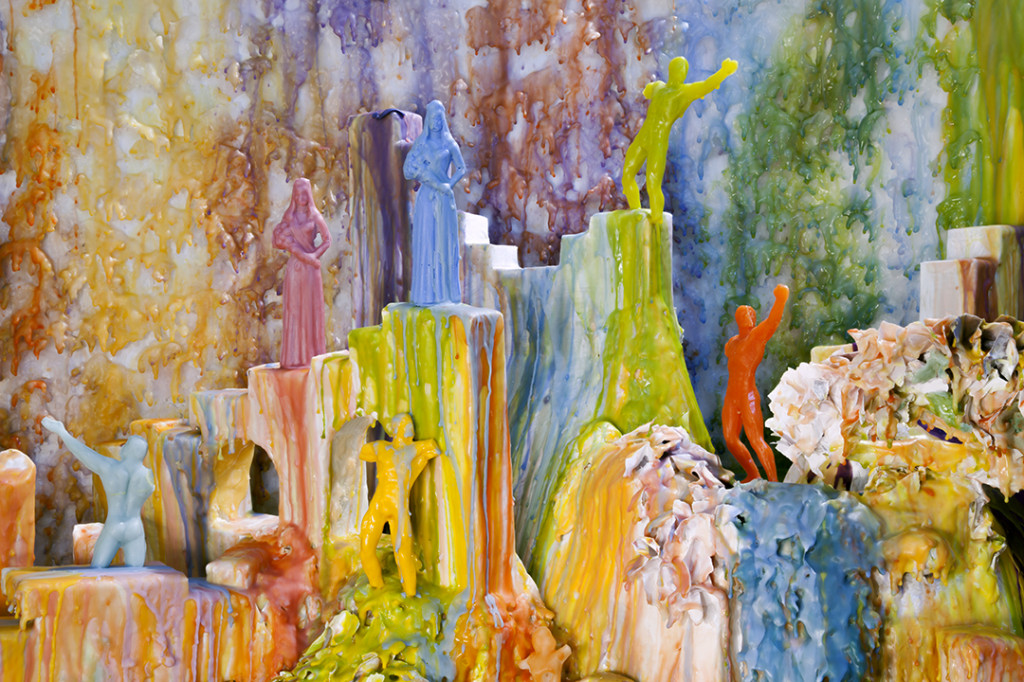